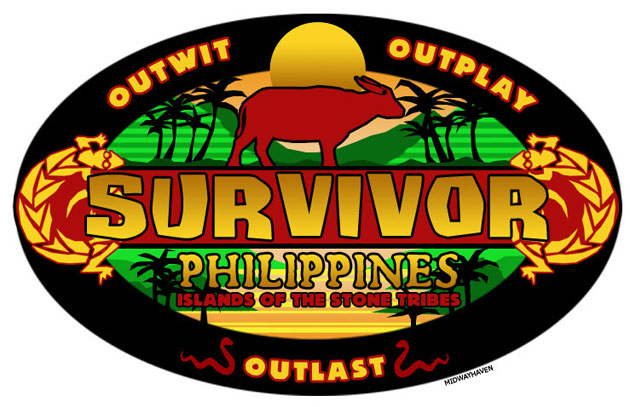 My favourite reality tv show of all time Survivor is back for its 25th season with Survivor: Philippines.  The producers had some work to do after their previous season Survivor: One World fizzled badly with a cast too heavily stacked with pawns, introverts and idiots.  The winner, a woman named Kim, comfortably outplayed her opponents and strolled to victory in anticlimatic finish.

Survivor: Philippines started off a lot more positively with a double length pilot episode that showed plenty of promise and colourful characters.  This season’s gimmick sees the return of three famous players who had to leave past seasons due to injury.  They include one of my favourite players, Jonathan Penner, who was awesome in Survivor: Cook Islands and is such a cool dude that he appeared in the tv show Arrested Development.  The other two include Michael, the guy who fell in the fire in Season Two and ‘Black’ Russell, the dreadlocked fatty who collapsed in the season that ‘Evil’ Russell Hantz first made an appearance in. 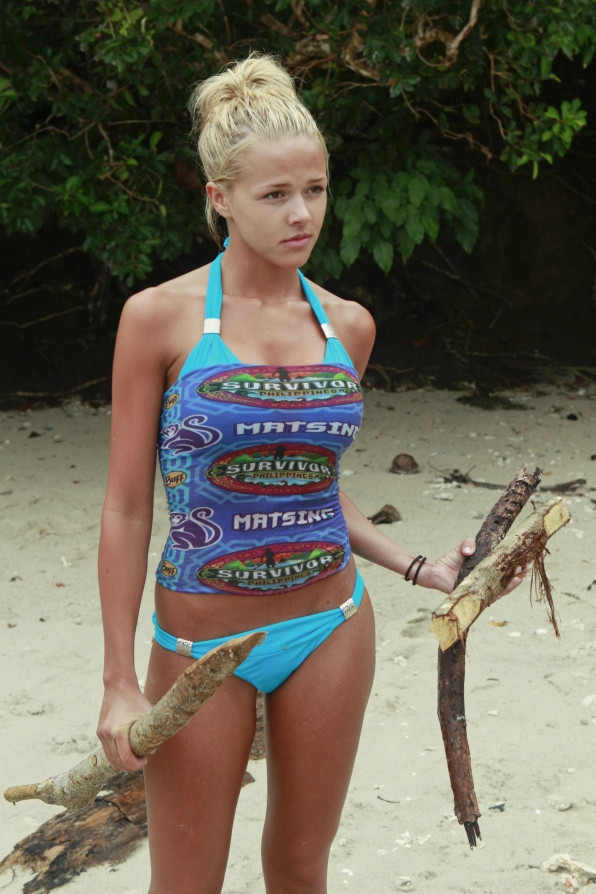 The rest of the cast include a reasonable number of strategically minded players (shocking), some super hot chicks, a couple of window lickers, a Major League Baseball star and a washed up child actor who blew all her money and wrote a book advocating child abuse.  Surely a recipe for an interesting season ahead?

The stand out for me in the first episode was RC, an attractive sociopathic Wall Street banker who has already formed an alliance, alienated a tribemate for being old and awkward and seems to be playing the game pretty hard from the outset.  I have a hunch she’ll go far and will be a fun villain. 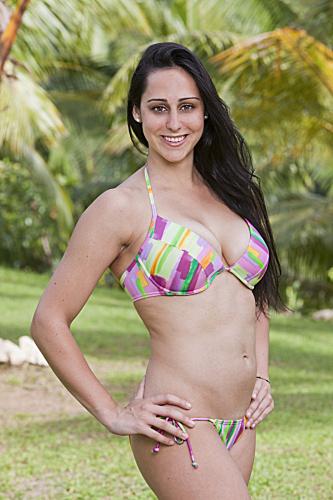 Let’s hope this season delivers.  The three tribe split, diverse casting and healthy balance of aggressive players suggests we’re in for good things.  It certainly had one of the funnier opening tribal council dismissals in Survivor.  After losing their immunity challenge, Zane decided he would come up with a brilliant strategy: publically give up in front of everyone and then hope a blindside magically comes together against another player!  Best move in Survivor history, baby!

My Pony For This Season:  Jonathan Penner.  One of the most likable and entertaining players in Survivor.  I hope he makes it to the end.

My Poison For The Season:  Russell.  Already getting on my nerves.  Kind of a douche. 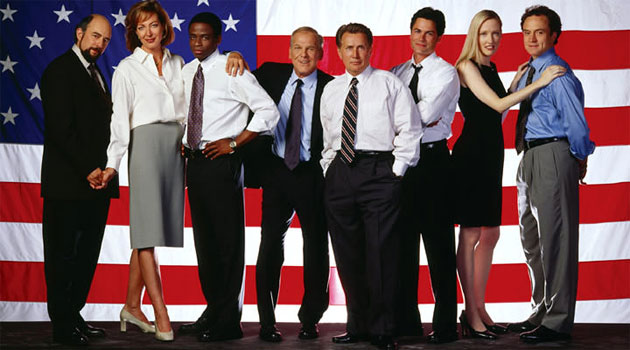 Like many tv shows that have the good fortune to get renewed after a promising start, The West Wing really hits its stride in the second season.  Extraneous characters like Mandy are given the flick.  Popular minor characters from the first season like Donna Moss and Charlie Young are given more prominent roles.  All the actors have ‘found their voice’ playing their roles and a lot of the fun in Season Two is understanding what makes the characters tick and anticipating how they’ll react to one another in certain situations.

We pick up where we left off at the end of the first season where a crazed gunman fires on the Bartlet administration as they leave a Q&A session at a college.  Although there are no fatalities, there are lingering after-effects that that their toll on the staff as they try and rush back to work.

Season Two is a real treat with no real dud episodes.  The weakest episode for me was Noel, an unusual episode heavily focused on Josh Lyman’s visit to a psychiatrist with flashbacks to events in the past week.  It’s purposefully done in a style that moves away from the show’s bread and butter ‘walk and talk’ format and I appreciate the effort to mix it up but it didn’t really do it for me.

One of the most entertaining episodes is Somebody is Going To Emergency, Somebody is Going to Jail in which the administration spend the day with fringe groups as part of the Big Block of Cheese Day.  This includes a memorable exchange between CJ and the Cartographers For Social Equality (“how can there be equality issues with map making?!”)

The stand alone episodes in this season are pretty strong.  There are informative episodes about duties of presidency (Bartlet’s Third State of the Union) and there are also touching political parables, like the elderly man giving the filibuster in The Stackhouse Filibuster.  There is also the addition of Ainsley Hayes, a Republican lawyer who becomes a regular character.  She has a hilarious and unique style of speech and she actually articulates the Republican viewpoint on the show pretty even handedly.

The biggest improvement in Season Two over the first is the execution of the series-length story arc.  In the first season, one of the long running stories is Sam Seaborne’s relationship with a call girl which eventually leaks to the press.  After a significant and lengthy build up, the matter is actually resolved very quickly and without much fuss or drama.

In Season Two, Jeb Bartlet’s failure to disclose his medical condition comes back to bite him big time and there is a mucher greater emphasis on the consequences this has for both his chances at seeking re-election and also his marriage.  In fact, the last five episodes of this twenty two episode season are largely dedicated to the eventual public disclosure.  Even though we know the series runs for seven seasons, the tension that Bartlet’s condition presents is palpable.  And then when it seems like things couldn’t get any worse, Mrs Landingham has to go and get killed in that car accident.  It’s a real tear jerker of a moment

I’m now onto Season Three.  The first episode of the season was filmed shortly after the events of 9/11.