The rugby meet up…

The phone rang a month or so ago with Pat on the other end declaring that he was looking to book tickets for the traditional end of season rugby match between England and the Barbarians (the ‘Best of the Rest’ playing in English league).

Having never been to Twickenham before I thought this would be an excellent notch on my current ‘plan to dominate life in London’ chart.

Upon cross checking with my diary I realised that it was one of my good mates Miranda’s birthday bbq. Thankfully, it was only just round the corner so with some skilful planning I would be able to… *makes the sign of both hands interlocking fingers*.

Upon meeting Pat in the blistering British sunshine on the banks of the Thames, a stones throw away from the stadium, we both managed to have a sly surprise in the guests/dates that we invited along… 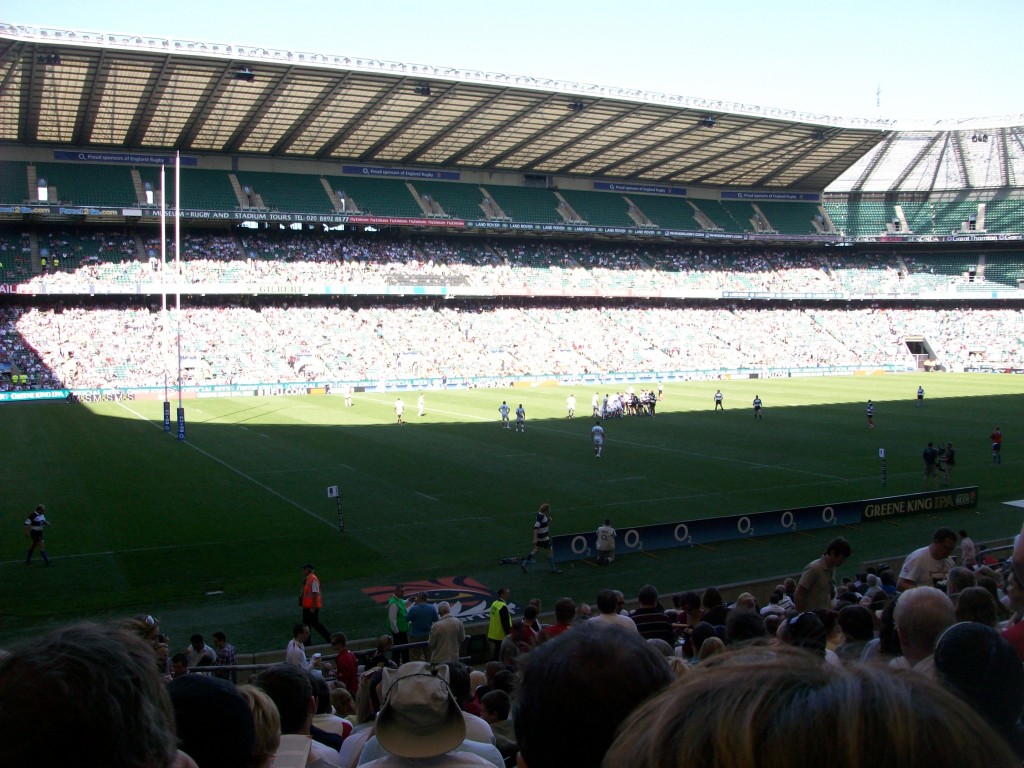 Twickenham sunshine: we were in the shade 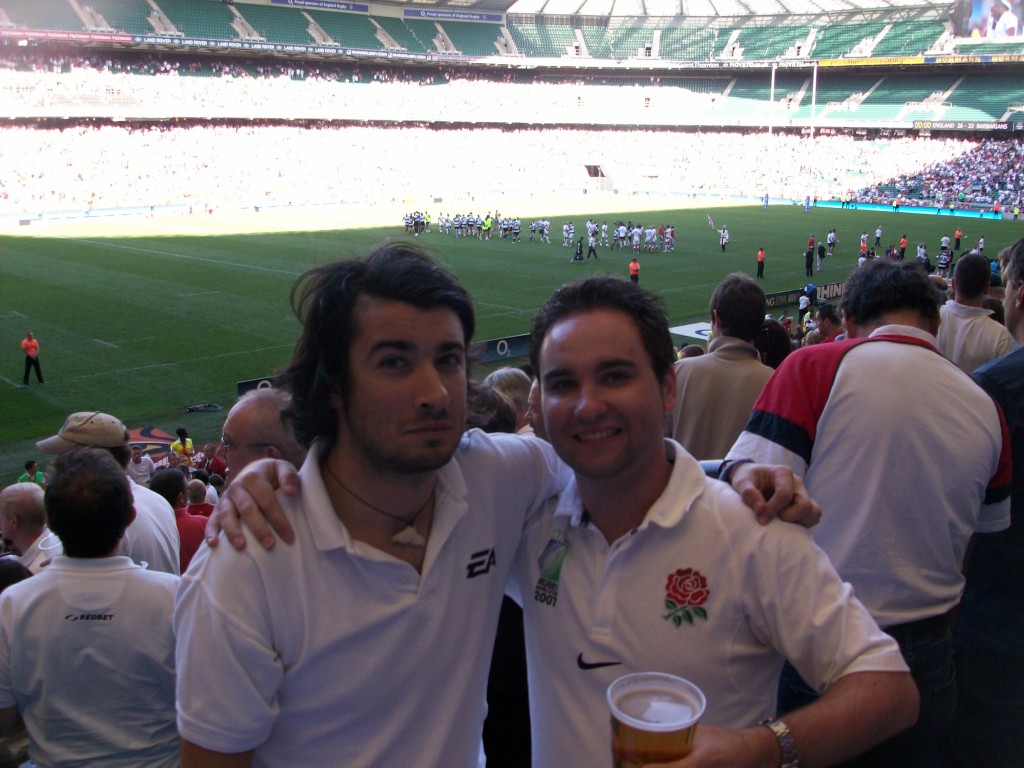 Matt and Pat: Brothers in (beer)arms.. 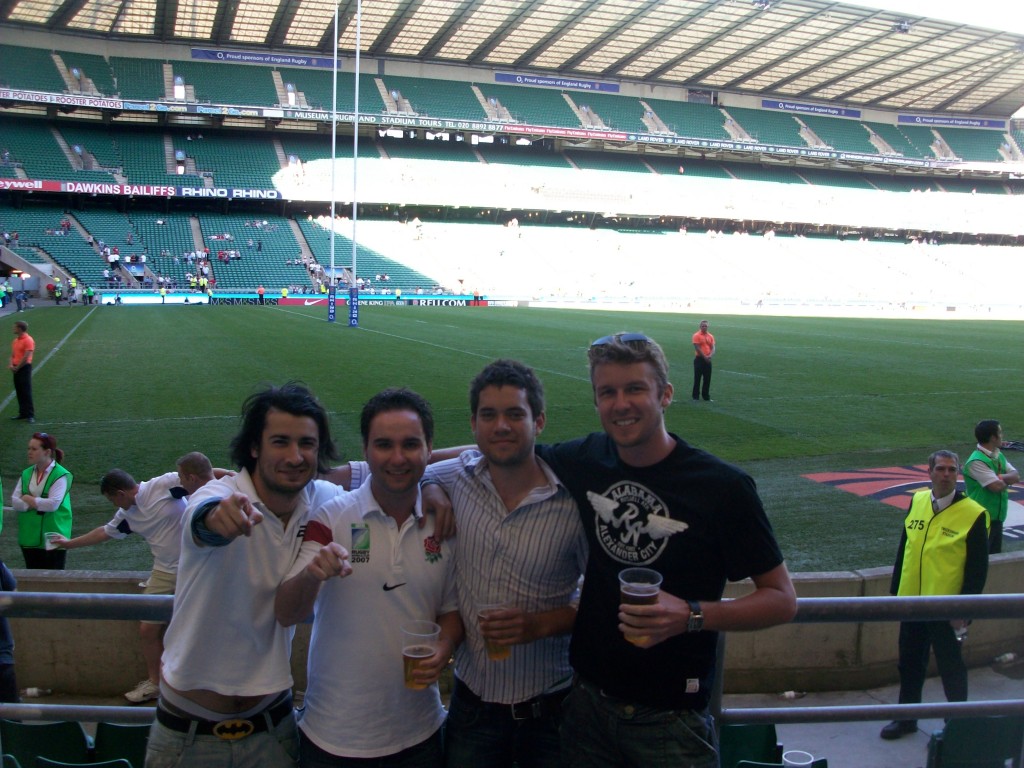 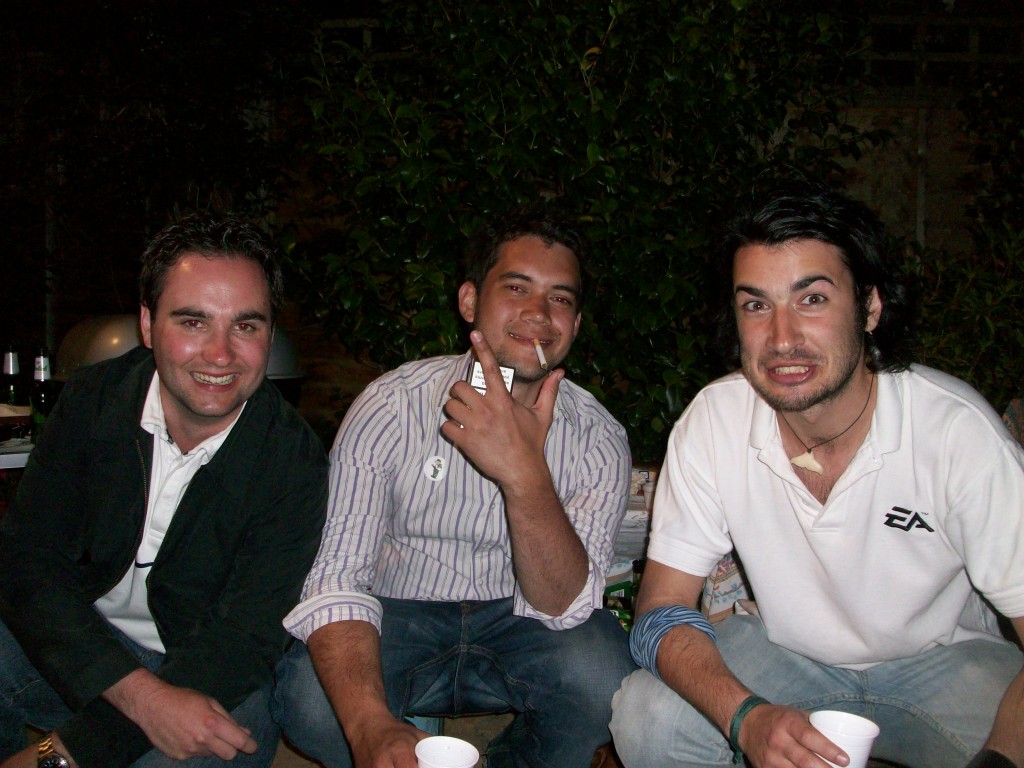 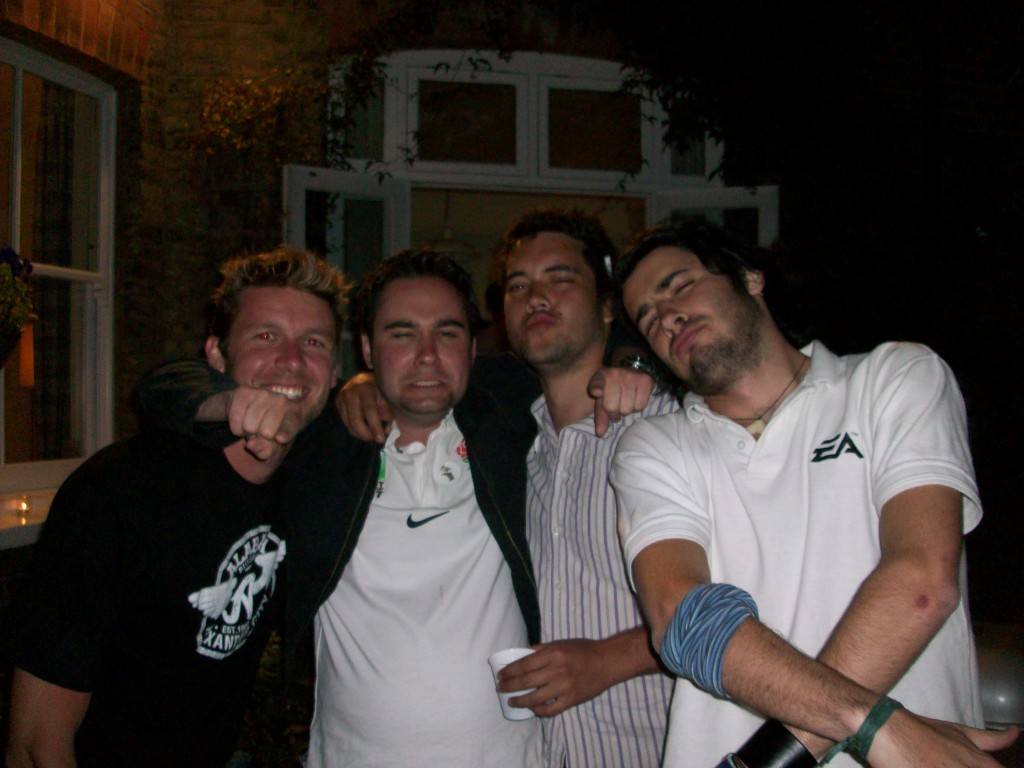 There you go Pat… sorry about the delay