It’s been an entertaining 3 days of cricket so far. Australia appear to be in control of this test but there is still a shade of uncertainty after the loss of 3 quick wickets this morning.

The clear highlight of this game so far is of course Kevin Pietersen throwing away England’s control of the match with his amazing dismissal where he played a premeditated sweep shot attempting to paddle the ball down leg side when it was bowled about a metre away from the off-stump. I think I tried the same shot the last time I played beach cricket at Serasa. 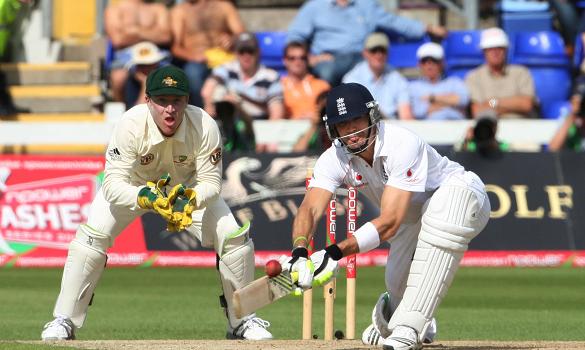 Now, it’s pretty widely accepted that this Ashes doesn’t necessarily have the calibre of player from series past (Australia are in a rebuilding phase and England are crap).  That said, is Stuart Broad really one of the best three bowlers in Britain?  Dude seems to have really inconsistent line and length.  He gets no wickets and gives up boundaries pretty cheaply.  Also, someone should tell Graeme Swann that he’s not playing baseball.  I haven’t seen that much full-tossing going on since Ed Ross and Majid went to Jupiter 8.

Jason_Gillespie Can someone let me in the media centre? Am locked out
15 minutes ago from TwitterFon

I think England are pretty screwed.  They actually batted pretty well in their first innings but they don’t seem to have enough wicket takers.  Monty is awesome and all but his economical bowling is no good if there isn’t someone at the other end taking wickets.

Michael Clarke brings up his hundred.  Seems like a good excuse to post a picture of his special lady: 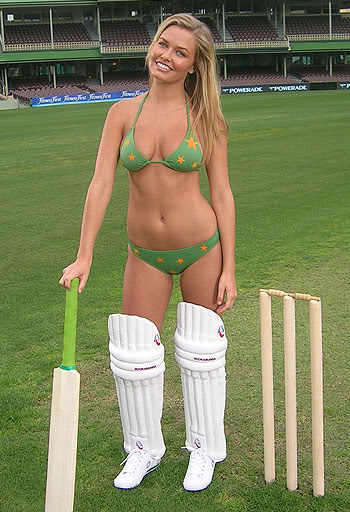 I find it weird that cricket players get hot celebrity girlfriends and wives in Australia. Its not the most glamorous of sports.  I wonder if W.G Grace got trophy babes back in the day? 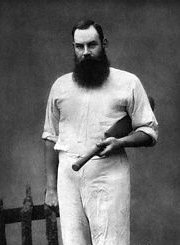