There are only a handful of movies that I ever really watch more than once.  Most of them would be comedies.  However, I can always pop on John Carpenter’s Halloween when this time of year rolls around.  To my mind, it is the perfect slasher flick.

Made on a shoe-string budget of $300,000 and starring Jamie Lee Curtis in her first feature length film, Halloween is also one of the most influential contemporary horror films ever made.  This film wrote the rules on teen slasher films.  The masked killer.  The order in which people die.  Who gets to survive.  All those rules quoted by that movie buff from Scream more or less originated with Halloween.

We start the film with a scary, voyueristic POV shot of a young Michael Myers peering into the window of his own home, watching his older sister make out with her boyfriend on the couch.  When the boyfriend leaves, Myers goes upstairs and stabs her to death.  It’s as creepy and disturbing today as it is back then.  If anything, I think the effect of this scene is heightened when viewed through a modern lens as the teenagers and children involved seem so much more naive and unassuming. 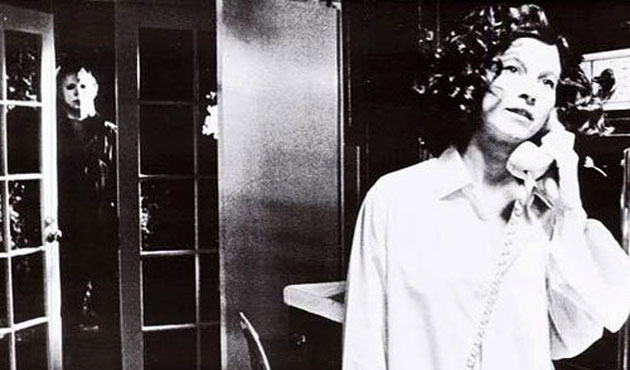 Fifteen years later, Michael Myers escapes captivity at Smith’s Grove Hospital and returns to Haddonfield, the town where he murdered his sister, on Halloween night.  He is pursued by his psychiatrist Doctor Loomis who knows Myers is not rehabilitated and likely to kill again.

Myers discovers and begins to stalk Laurie Strode, a bookish high school student.  Laurie is babysitting on Halloween night but her friends in the neighbourhood are taking advantage of some parents being out of town so they can get high and have sex. 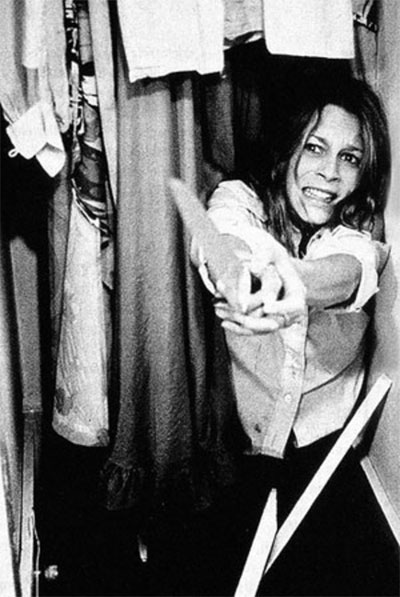 Myers carefully and silently stalks his prey and then moves in for kill in a bloody and memorable final act.

This is a film filled with wonderful little details, some of which have aged well and others which haven’t.  I love the inventiveness and inherent DIY B-movie production values.  Michael Myers’s mask is $2 buck Captain Kirk mask bought from a convenience store and its difficult to unsee it once you know.  The film unashamedly features some gratuitous topless women in the most contrived circumstances.  Spilt some butter on your top?  Better take off all your clothes and head to the dark, isolated laundry room!  The economy of the film’s production is plain to see.  It’s more or less shot in two houses and uses the exterior of a school and a hospital and thats it.

So many things come together to make this film greater than the sum of its parts.  The character of Michael Myers is simple in design and concept but creepily effective.  Carpenter lucks out with Jamie Lee Curtis in her debut performance.  She makes a terrific straight-laced heroine who is implausibly befriended by a bunch of teenage caricatures who obsess with beer, weed and sex.  The main Halloween theme of course is memorably eery so they use it about twenty times over.

Best of all, the film is fantastically put together.  There’s nudity and plenty of violence but Carpenter shows great restraint in the second act, setting everybody up on Halloween night, before Myers eventually strikes.  He has all sorts of interesting and effective shots in his bag of tricks.  There’s POV shots, tracking shots, jump cuts and that brilliant first contact between Laurie and Myers when he slowly appears out of the dark…right…next…to…her!

This film has a million sequels and a remake and they are all varying degrees of awful.  None of them have a patch on the original Halloween.  As a stand alone film however, it has aged exceptionally well and is an easy recommendation for anyone who is a fan of horror films but has somehow missed this.

There are only a handful of movies that I ever really watch more than once.  Most of them would be comedies.  However, I can always pop on John Carpenter’s Halloween when this time of year rolls around.  To my mind, it is the perfect slasher flick. Made on a shoe-string budget of $300,000 and starring …

Summary : A hugely influential and near perfect teen slasher film. It wrote all the rules and set the standards that are followed to this day.