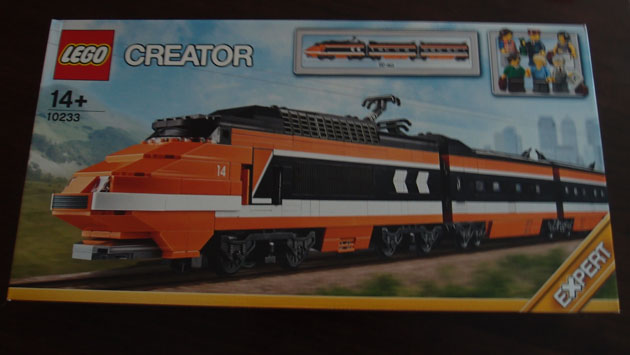 The building of this Lego train set has been a long time coming.  I searched back and I first blogged about my anticipation for putting this set together back in October 2012!

To be honest, this thing was pretty fiddly to build.  The carriages are very fragile and I had to have three gos at putting the window sections together because a single piece was either misaligned or facing the wrong way.  Having said that, the final product looks awesome and is worth the time and energy.

This is the first train set that I’ve built since getting back into Lego as an adult.  I’m impressed with the detail they’ve managed to put in the carriages and the form factor of the Horizon Express itself is very slick looking.  Hopefully I get a chance to build another train some day.  There’s only a handful out but they’re all pretty great in their own right.  I wouldn’t mind tracking down the Emerald Night in particular. 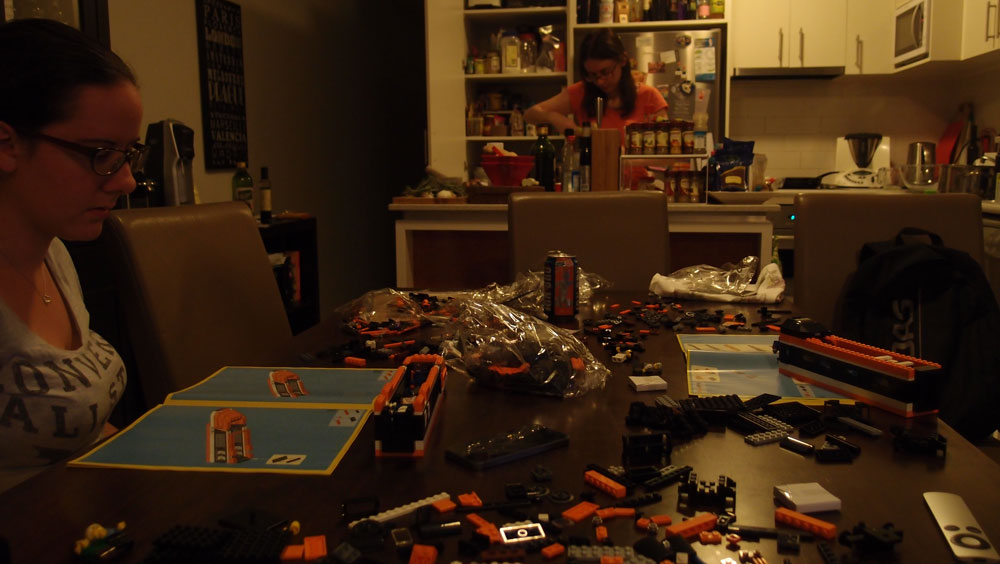 Between the Horizon Express, the Irn Bru and Jen’s top, everything was orange for a while there 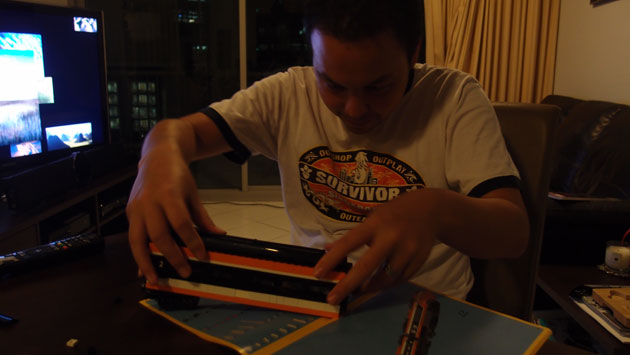 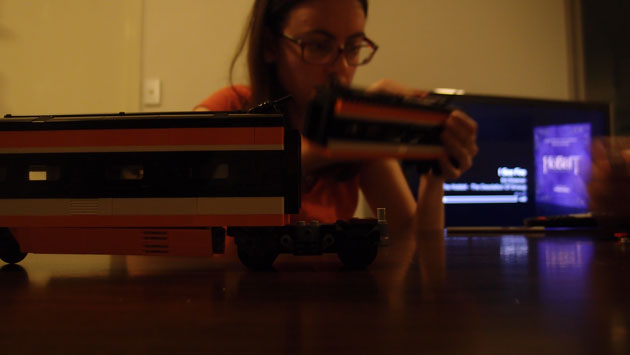 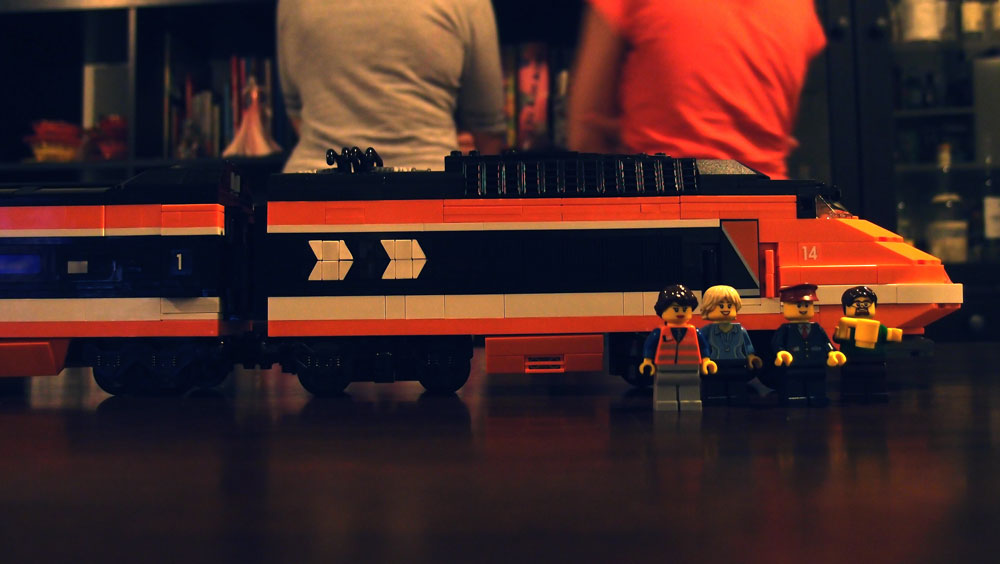 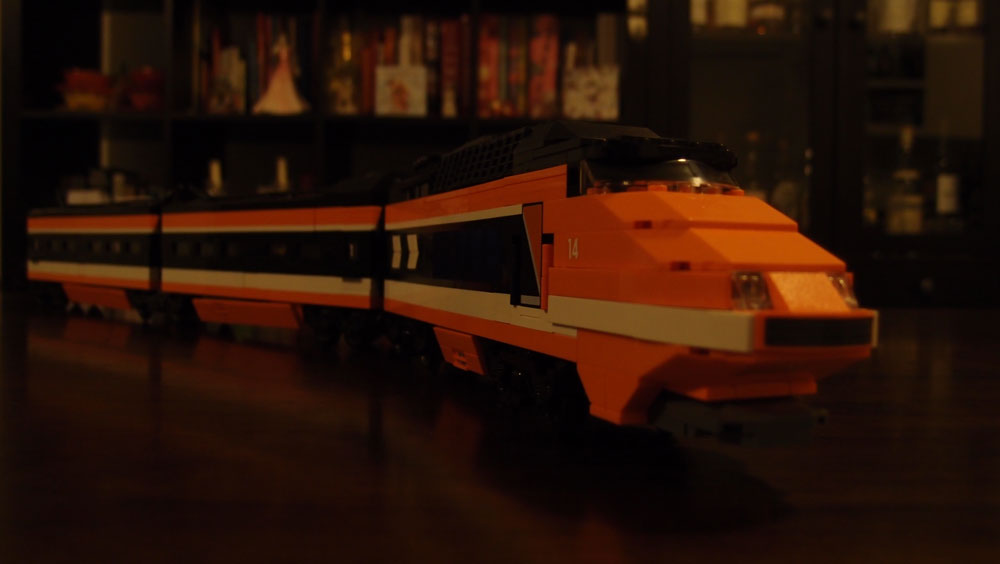