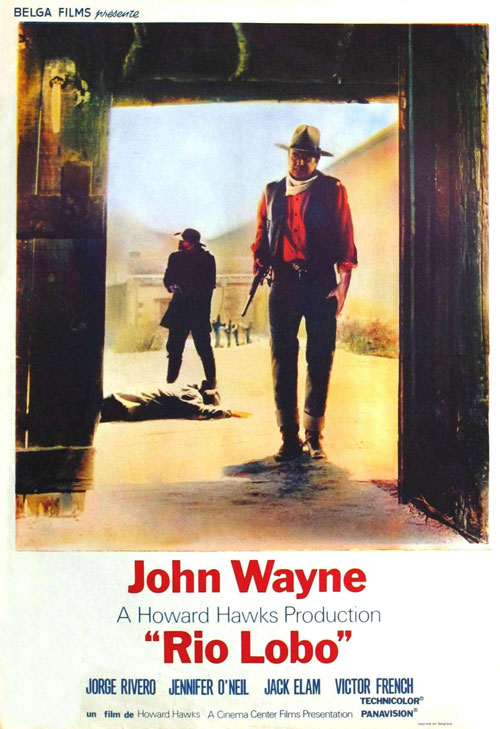 Rio Lobo is lauded as one of the all-time great John Wayne films.  The Duke plays a sheriff desperately trying to keep a murderer locked away in prison despite the attempts of the prisoner’s brother to bust him out.  It was considered one of the finest works pairing John Wayne and director Howard Hawks.

Or so I thought.

It turns out that I was thinking of Rio Bravo and it was only after watching about 20 minutes of Rio Lobo did I realize my mistake.  Similar title.  Same director.  Oh well.  I guess I’ll watch Rio Bravo another day.

Rio Lobo begins with a train robbery.  And not just any train robbery.  A spectacular one shown in meticulous detail.  Like the kind of detail you see in the climax of a heist movie.  It’s actually a pretty cool start to what is otherwise a pretty formulaic western, albeit one handled with the experienced craftsmanship of Wayne and Hawks.

The train robbery takes place right at the end of the American Civil War and Wayne plays Colonel Cord McNally, representing the Union.  The ambush is lead by a pair of young Confederates – Capt Pierre Cordona and Sgt. Tuscarora Phillips.  They successfully derail the train and make off with the payroll wagon.  In the ensuing scuffle, one of McNally’s men is killed.  The Duke goes on a raid to capture Cordona and Phillips which he eventually succeeds in doing.  Respecting the rules of engagement in a wartime situation, McNally is less concerned with punishing Cordona and Phillips as he is finding the rat within his own ranks who sold them the information.  The war ends with Cordona and Phillips being imprisoned but they don’t (can’t?) identify the traitor to McNally.

The three re-unite after the war and through their mutual respect for one another, form a bond of friendship.  Through a series of contrivances, Cordona and McNally both end up in the town of Rio Lobo and are drawn together when a young woman desperately approaches the sheriff looking for help after the murder of her father at the hands of a vagabond who is terrorizing the neighbouring town.  What do you suppose are the chances that he is the traitor that McNally has been looking for all these years? 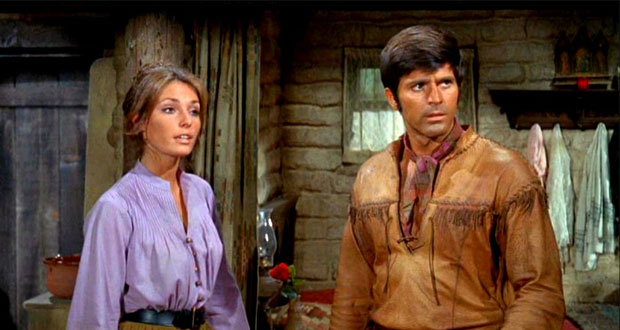 It goes without saying that the three friends eventually band together to save the town from the villain “Blue Tom” Hendricks.  This is a film with a very clearly mapped out path and it is all about enjoying the journey.

The Duke made over a hundred films in his career, most of them Westerns.  The difference in flavours are largely identifiable by the director he works with and the era in which the film was made.  As I mentioned earlier, Howard Hawks is a man capable of constructing some spectacular set pieces and whilst nothing in Rio Lobo bests the opening train robbery, the shoot outs are well choreographed and entertaining to watch.  As for the film reflecting the decade in which it was made, Rio Lobo has not one but three (!) female characters, all of whom look unfeasibly sexy and glamorous considering their Wild West trappings.

Most of the earlier Wayne films typically have a single female character whose sole purpose in the film is to function as a love interest so its kinda nice that Rio Lobo mixes it up a bit by having Jennifer O’Neill get amongst the action too.

Jorge Rivero gets a rather fun role in Rio Lobo as the Latino love magnet.  His character seems to exist as a Western incarnation of the Old Spice guy – all style and irresistible to women.  Christopher Mitchum draws the short straw out of the three male leads.  He’s pretty much Joe Sidekick compared to Wayne and Rivero.

Rio Lobo isn’t a particularly inspired film and didn’t receive favourable reviews from fans or critics when it first screened in cinemas.  Reading some of the critiques online, I feel most people are being unfairly harsh on what is still a fairly entertaining and watchable film.  I suspect the negative reactions are largely due to the film inviting so many comparisons to Rio Bravo (similar title, similar premise, same director and actor) which is considered a classic.  It would be like Roman Polanski making a film called Little Italy.

Rio Bravo is a classic John Wayne film. This is not a review of Rio Bravo.

Summary : A passable entertaining, if not particularly creative Western from Howard Hawks. The highlight of the film is the train robbery at the start.

Previous: The Weekend In Wellington
Next: Double Indemnity [1944] 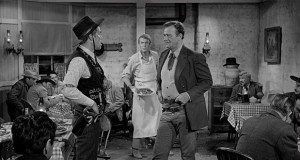 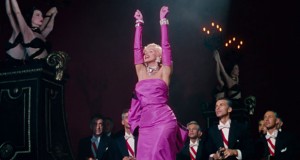