Week of Dawkins and Socceroos

Its been a weird sort of week in Brisbane.  It started raining about ten days ago and it hasn’t really stopped.  In fact, I’m looking out the window now and its still going.

Typical then that it should happen on a week where we actually had some plans to go out a bunch of times.  Firstly, the Asian Cup Qualifier between Australia vs Indonesia.  A game that Australia had to either win or draw to ensure qualification. 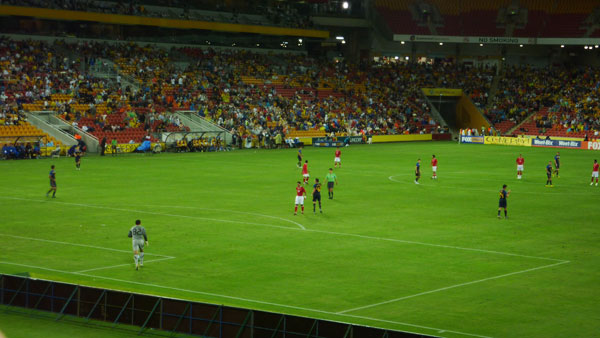 As it turned out, the weather was the least of our worries.  Although the Australians fielded an A-League side that was hungry to prove itself for potential selection in the World Cup squad, the Indonesians turned up to the give stretcher bearers a work out.  Any tackle, loss of possession or even a gentle breeze seemed to be enough for the Indonesians to hit the deck and roll around in mock-agony until the stretcher bearers would carry them off the pitch.  At which point, once they reached the sidelines, they would get up and jog back onto the field.  It was a puzzling  and disappointingly cynical strategy for a side that had nothing to gain from playing that way.  This turgid affair ended 1-0 in Australias favour but I’ll mostly remember the game for Brisbane Roar player Tommy Oar’s Socceroo debut.  He’s 18 years old and a promising talent and given the mass exodus of quality players from the Roar this season, I think its reasonable to expect that that was probably one of the last times I’d see him play at Suncorp. 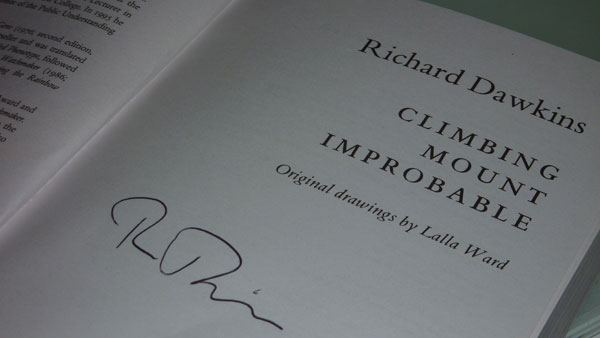 A signed copy of Richard Dawkin's fifth best book! - I already own The God Dellusion and The Greatest Show On Earth, and they had sold out of The Selfish Gene and The Blind Watchmaker

Also, famous British biologist and atheist Richard Dawkins was in town this week to give a lecture based around his current book The Greatest Show On Earth.

It was an funny sort of evening.  He actually started off rather dryly, structuring his lecture around excerpts from each chapter of his book.  He did seem a wee bit stiff, occasionally stumbling over his words and having some lengthy pauses while his thoughts caught up with his speech.  However, he then started to ease up, and with that came a few jokes, some trademarks jabs at organised religion and by the end of the night, myself and Jen came away pretty satisfied with the nights entertainment.  He was particularly sharp during the Q&A with the audience although we were a tad disappointed that there wasn’t actually any practising theists showing up to debate him.  Overall, it was a great evening and an unexpected opportunity to meet one of the world’s most recognizable champion of atheism.