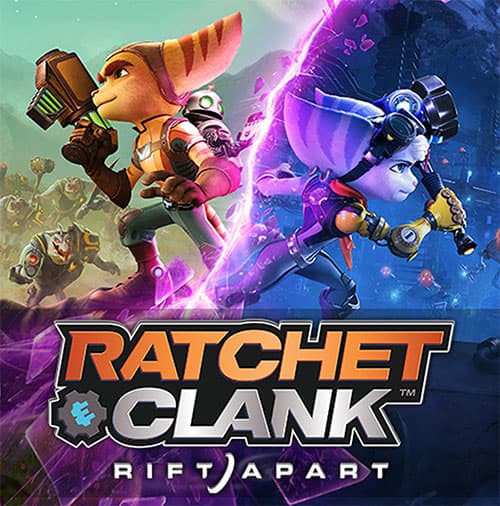 Who knows what secrets are kept at the Burbank based studio but in a year that has seen countless games delayed and severely impacted by the pressures of COVID-19, Insomniac have delivered two marquee titles that are more or less bug-free and created without a reliance on endless back-breaking crunch for the staff.  It’s been a huge save face for Sony who prior to the release of the PS5 promised Horizon: Forbidden West, Gran Turismo 7 and God of War Ragnarok all within the initial launch window before subsequently announcing each of those titles have been affected by significant delays.

It’s also a remarkable turnaround for the studio itself.  Five years ago, I wondered about the long term future of the studio after they poured a decade into developing the Resistance trilogy (which never really rose above the heights of ho-hum reviews) and Sunset Overdrive, a well received but only moderately successful exclusive for the Xbox One.  Today, Insomniac Games is considered one of the flagship developers in the industry and their future looks bright and secure after being acquired by Sony to develop exclusively for their platform. 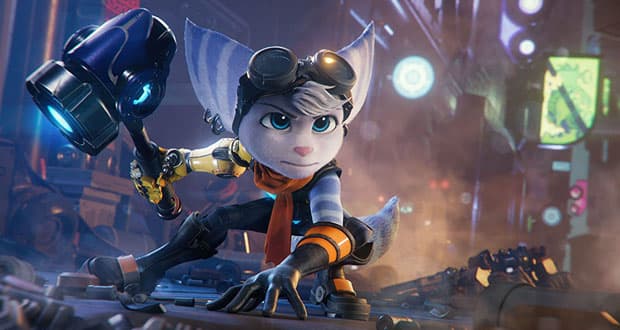 The Ratchet & Clank franchise is now over two decades old and although it has told a singular, continuous storyline over the years, it has moved at a glacial pace.  Ratchet is the last known Lombax who travels the galaxy looking for others of his kind and since 2001 he hasn’t made much headway.  With Rift Apart he finally crosses paths with another Lombax – Rivet – when an attack by Doctor Nefarious at a tickertape parade leads to multiple dimensional rifts opening up.  Rivet is an alternate dimension female version of Ratchet and even has her own robot sidekick Kit.

Ratchet and Rivet need the Dimensionator that Nefarious wields to restore balance to the galaxy and allow for Rivet to find a way home.  The stakes are raised further when perennial loser Dr Nefarious meets his undefeated bizarro-world counterpart Emperor Nefarious who also has designs on ruling the galaxy.

This sets the stage for the player to play as both Ratchet and Rivet (and Clank and Kit for that matter) in a huge variety of interconnected planets that they travel to through dimensional rifts.

The most immediately noticeable and striking thing about Rift Apart is the astonishingly high quality production values.  The tired cliche is that the game looks and moves like an interactive Pixar film but those comparisons are on the money.  As with graphical landmarks of the past, there is a moment when the game’s opening cutscene finishes and you’re looking at an idle character onscreen where you realise holy cow, this is what the actual playable game looks like.  It’s a mark of the progress that the industry has made not just in raw graphical processing power but in art design, lighting, shading and so on.  Rivet is an immensely likeable new addition to the series and she is voiced by the always-excellent Jennifer Hale.  I don’t know if Insomniac consider “one Lombax in the universe” an important staple of the series that it needs to revert to in future titles but surely there will be huge demand from fans to see more of Rivet going forward.

The gameplay in Rift Apart is polished and likely to be disappointingly conservative for anyone expecting Insomniac to deviate from the well-established formula for the series.  Players can play as both Ratchet and Rivet but they control near-identically which feels like a lost opportunity to bring some variety into the proceedings.  As with previous instalments, there are some secondary puzzle-oriented levels to navigate when the player takes control of Clank and Kit.  These puzzles are never too taxing but I found them to be a welcome palette cleanser between the conventional stages.

The “dimensional rifts” from the storyline feel like they were born out of an idea to showcase the Playstation 5’s “no loading screen” SSD.  The early stages lay it on thick but it quickly becomes apparent that there isn’t much by the way of significant rift-jumping that affects the overall gameplay.  When Ratchet does the more dramatic jumps between worlds, its generally saved for canned action sequences where the player has little agency over how and when Ratchet uses the Dimensionator.

What the gameplay may lack in innovation, I feel it makes up for in polish.  The run and gun platformer is hardly a crowded genre and the last Ratchet game we got was five years ago.  So it doesn’t feel too wearisome to play more of the traditional Ratchet format.  For the unfamiliar, Ratchet (and Rivet) amass a huge variety of different weapons (20+) and the player has to rapidly cycle through them to best suit the wave of enemies they’re facing and managing the scarcity of ammo.  I find the formula has aged well and this particular iteration has a great selection of both satisfying fire and entertaining silly gimmickry. 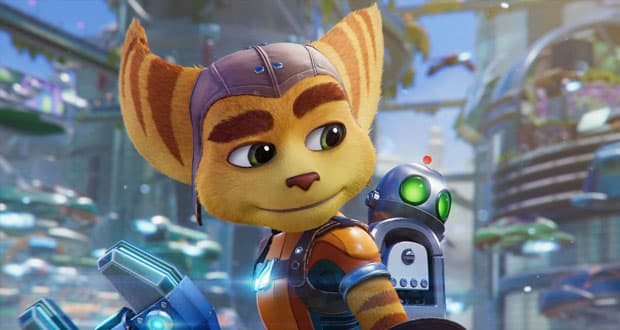 All this neatly comes together in a tidy twenty-hour package that is the ideal launch year showcase for the PS5.  This is exactly the kind of game you would show to curious friends and family who want to see what Sony’s new console is capable of.  It also carries many of the same hallmarks as other recent Insomniac Games such as a generous and accessible difficulty curve and a set of trophy requirements that feel achievable and worth pursuing after the credits roll.

In a year beset with delays, delays, delays, Ratchet & Clank: Rift Apart stands out as one of the best big budget games to get people excited about whats to come for this generation of consoles.  It’s an absolute delight.

Ratchet meets another Lombax named Rivet and the two must work together to stop Dr Nefarious, reclaim the Dimensionator and restore order to the galaxy.

Summary : Insomniac have created an incredibly polished, charming and visually stunning new chapter to their longest running franchise. It's one of the best reasons to own a Playstation 5.