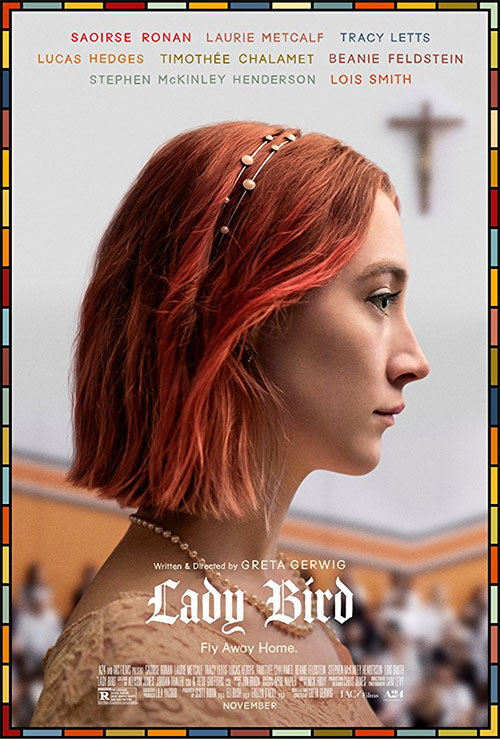 Christine McPherson is a high school senior in Sacramento.  Perturbed by her drab suburban surroundings, she decides to rename herself Ladybird to add a bit of colour into her life.  She dreams big and has hopes of moving away to New York for college.  Or at least to Connecticut.  She’ll take what she can get.

Ladybird is a Slice of Life comedy drama by Greta Gerwig.  When it comes to observational films about day-to-day life that run on the art house circuit, the spectrum ranges from grounded works that are rooted in realism like Happy Go Lucky or Another Year (both fantastic Mike Leigh films) to quirkier indy fare such as Juno and Little Miss Sunshine.  Ladybird is a film that lands squarely in the middle of that spectrum.  Christine naming herself Ladybird is about the most ostentatious aspect of the film.  The rest of Gerwig’s film explores subtle truisms about family life, sex, work and modern American culture.

Ladybird has rightly drawn a lot of praise and attention in large part thanks to a strong central performance from the irrepressible Saoirse Ronan who is now up for her third Oscar nomation for Best Actress.  She is just twenty three.

Ronan is hugely entertaining in her turn as a precocious Sacramento teenager who is finding her way in the world.  Ladybird wants to rebel but no so hard that she jeopardises her grades and chances of getting into a good college.  She wants a cool boyfriend but her hamfisted approach involves greeting them with firm business-like handshakes.  Her mum drives her nuts but she is also one of her best friends and confidants.  Like most people her age, Ladybird is a bundle of contradictions.

What makes Ladybird such a fantastic work is that it feels authentic.  Each character is fully realized and has their own strengths and faults as well as their strange little idiosyncrasies.  I often found myself comparing characters in the film to people I knew in my own life.  I know somehow who says or does exactly that!

The film also deftly  avoids lazy tropes and cliches.  For instance, a subplot involving a high school student who has a crush on her teacher doesn’t go in the direction you think it would.  The rich girl in the class isn’t necessarily the Mean Girl you’d expect.  The guidance counsellor isn’t a kook or a kumbaya idealist either.  Even the smallest roles in the film are well rounded. 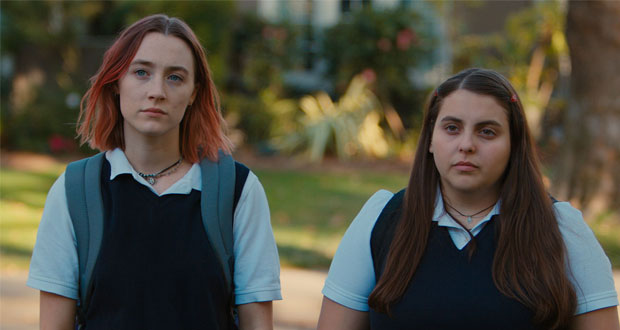 Saoirse Ronan is the highlight of the show but the rest of the cast in Ladybird are universally excellent also.  It is Laurie Metcalf who has received the most plaudits as Ladybird’s long suffering mother Marion.  But my two personal favourites were Beanie Feldstein who plays Ladybird’s earnest bff Julie and Tracy Letts who puts in a brilliant understated performance as Ladybird’s anxiety-riddled unemployed father Larry.

There is plenty to soak in and enjoy with Ladybird.  There’s been a metric ton of fantastic films that have been released over the last two months so its very possible that it gets overlooked compared to some of its big budget contemporaries out there.  It’s not a film that tackles the biggest issues or goes about its business in the flashiest way.  But its a story about understanding where you grew up and learning to appreciate your home and thats a universal theme that I think everyone can appreciate.  If you have the chance, make the time to watch Ladybird.  You won’t regret it.

In 2002, an artistically inclined seventeen-year-old girl comes of age in Sacramento, California.

Summary : A genuine and heartfelt 'Slice of Life' feature that really shines thanks to Saoirse Ronan's lead performance. 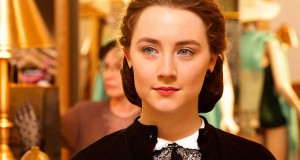