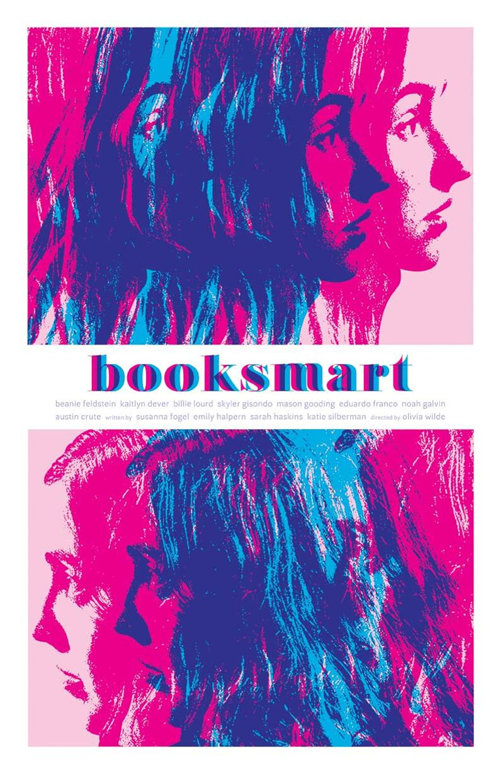 Amy and Molly are approaching the end of their senior year of high school.

They are childhood friends who are both academically brilliant but they have largely ignored their peers and attending parties in pursuit of good grades.  Molly felt this was a worthy and necessary sacrifice until she overhears some of her classmates talking in the bathroom about what a loser they think she is.  When she confronts them, she is appalled to discover that despite her perception of her peers as deadbeat party animals with no future, they have actually been accepted into Ivy league colleges or into lucrative jobs at Google.

This revelation rocks Molly to her core.  She decides that she and Amy need to have the mother of all blowouts to end their time in high school by going to a graduation party.  Molly also thinks this would be an ideal time for Amy, who has been out for two years but never kissed a girl, to finally ask out her crush Ryan.

This sets the stage for a hugely entertaining, consistently funny and genuinely heartwarming Coming of Age tale.

It still kills me that Booksmart didn’t find the audience that it deserved.  The film is good enough to be this generation’s Clueless, Mean Girls or Easy A but for whatever reason, it just didn’t get that traction despite rave reviews and favourable word of mouth.

There is nothing revelatory about the framework of Booksmart.  Nerds trying to fit in at parties, asking out that high school crush and working out what happens to friendships after high school are all well-worn teen comedy movie tropes.  What makes Booksmart such a breath of fresh air, is the inspired casting choices of Beanie Feldstein and Kaitlyn Dever who are both immensely likeable and definitely not your typical leads for this sort of film. 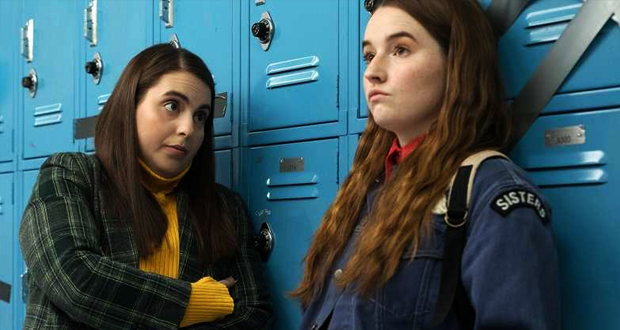 Molly and Amy are just wonderful.  What’s not to like about a pair of idealistic kids who idolise Elizabeth Warren and call ‘Malala’ on one another when they really need something important?  If Feldstein has a slight air of familiarity about her, I learned after watching Booksmart that she is in-fact the younger sibling of Jonah Hill.  Her feisty, earnest performance as Molly shows both a flair for physical comedy and incredible timing with her one liners.  Kaitlyn Dever is also outstanding as Amy, the film’s heart and soul.  Dever initially plays the straight man to Feldstein but she actually ends up delivering some of the film’s best lines by the end of the party (“Shotgun!  Just kidding, I don’t have one”).

There is also a surprising sweetness about the characters inhabiting this film in general.  You don’t really notice it at first glance but there are no antagonists in this film. No bullies or mean-spirited jocks whatsoever.  All the kids are generally well meaning and kind hearted.  I really like this quality about Booksmart.

Credit too must go to first time director Olivia Wilde who really serves up a wonderfully constructed, bona fide classic party movie.  She takes the audience on an absolute ride as Amy and Molly do everything they can to make it to Nick’s party.  There are drugs, limos, hold ups, weirdos, teachers, more weirdos and a closing chapter that is both hilarious and heartfelt.

Despite the film failing to fire at the box office, Booksmart seems destined for cult classic status.  It is easily one of the best films of its genre in years, is endlessly quotable, frequently laugh out loud funny and it’s probably going to end up my favourite film of 2019.  I loved it.

On the eve of their high school graduation, two academic superstars and best friends realize they should have worked less and played more.

Summary : One of the best Coming of Age films of this decade and its an absolutely travesty more people haven't seen it. I expect big things of Beanie Feldstein and Kaitlyn Dever in the future though. Both are just wonderful.

Previous: Us
Next: Avengers: End Game