“This is one of the least important elections in modern Australian history”
– Waleed Aly, political analyst.

It’s been a thoroughly underwhelming campaign so far in the 2010 election.  As noted by Aly and other political pundits, there’s not really a lot at stake here.  We’ve seen the worst of the Global Financial Crisis, both parties have fallen over themselves to shelve their most devisive policies (net filter and Work Choices) and the two parties have the same stance on other potential election issues such as gay marriage.

There also aren’t really any hot political topics that are holding the attention of the Australian public.  Most of the issues being discussed such as the offshore processing centres for asylum seekers are manufactured by the parties and the only people that really care about those sort of issues are taxi drivers.  Such is the level of disinterest that the first televised debate between Abbott and Gillard got bumped for the season finale of Masterchef.

This is also an election which is heavy on sloganeering and the personalities of the party leaders and rather astonishingly light on substance.  When Julia Gillard announced the election date, she used her campaign slogan Moving Forward twenty seven times in a half hour speech and then a further thirteen times during the Q+A session.

On her campaign trail she has so far given three different speeches called Moving Australia Forward, Going Forward Together and Moving Forward Together.  For anyone looking to hold an Election themed party on August 21st, making a drinking game out of every time an ALP member utters these words is a surefire way to get your party guests absolutely plastered. 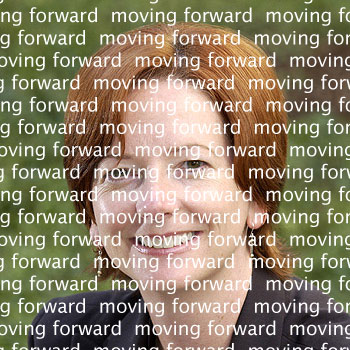 When there is so little at stake, the voters turn to the personalities of the candidates themselves and this is where Tony Abbott and the Liberal Party are completely fucked.  For all the problems Labor have getting slammed on not delivering on election policies, when it comes to the personalities the Liberal Party is personified by crazy right wing conservatism.  Abbott’s antiquated values in this instance has resulted in women deserting him in droves and giving Gillard an election winning lead.  Its ultimately the biggest factor in the election and why Abbott is now reduced to giving girl-power speeches to try and win them back.

Its times like these when you have a stale election that people often think about turning to alternative parties to send a message to the big two that they’re not happy with the direction they’re headed.  This would have been an ideal election for the Greens to step up big time as a third party option for disenchanted voters which is why the Greens thought it would be a sweet idea to announce that they have struck a preference deal with Labor thus ensuring most of those Green votes end up benefiting Labor anyway and hastens the Greens race to political irrelevance.  Good job, guys.

That so far has been the election in a nutshell.  It looks like Labor should win handily and so far Abbott and the Liberals seem bereft of ideas to make up ground.  Lets see if tonight’s debate brings anything new to the mix.