The other day when I decided that I wanted a new book to read, I remembered that I caught a glance at Stephen King’s novel Under The Dome at Borders and it had piqued my interest.  The story of a smalltown in America which inexplicably gets trapped underneath a magical forcefield sounded like just the right amount of gimmicky nonsense to appeal to my sensibilities.  Plus the book was a thousand pages long so it was going to be handy to have around for my upcoming 25 hour plane ride to the UK.

Great!  Time to bust out the ol’ Kindle and it’ll be on my eReader in under a minute.  I went to Amazon.com and there it was for a measely $9 bucks.  I click ‘download’ and up comes an error message:

It appears that Amazon have begun blocking offshore attempts at logging into American Amazon accounts and downloading from their Kindle store.  They’re re-enforcing that you have to download ebooks from the Australian Kindle store instead.

So I went to the Australian Kindle store to get a copy of the book instead.

You’re telling me that a book written by Stephen Freakin’ King that is nearly a year old still isn’t available on the Australia Kindle store.  Listen you jerks: I’m trying to give you money! Let me give you AUS$10 for a widely available mainstream book that isn’t new and is written by a bestselling author.

Fed up, I went to another website and uh, lets just say I’m on chapter five now and am highly enjoying the book.

So here we are in 2010 and the iBook store in Australia has precisely zero books for sale and the Australian Kindle store is still totally gimped.  Lame. 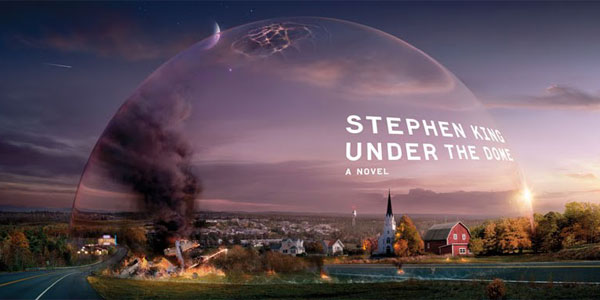 Under the dome - a book about Mike's head

Previous: Death At Intervals
Next: Election am disappoint