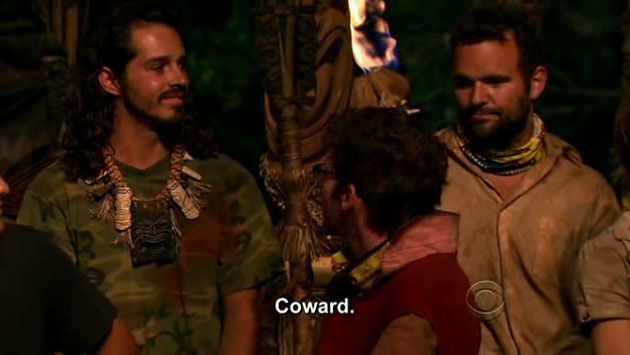 The latest season of Survivor has really hit its stride with the eighth episode as the two tribes head into a merger and with several players on the show now carrying pretty compelling stories leading into the final few episodes.  Of the two returning players, Ozzy has show little change to his strategy and appears to have the same weaknesses as past seasons – namely, women.  He was blindsided by his own tribe earlier in the season after he became too attached to a girl and in the latest episode he rather inexplicably wasted an immunity idol on Whitney for no reason.  Although not the challenge beast that he was in Survivor: Cook Islands (partly because the budget-tightened contests nowadays dont allow for much physicality), he has shown a willingness to make bold and risky moves such as his plan to deliberately get voted out at tribal council to compete against a strong player on Redemption Island.

Coach on the other hand has put in a much improved performance.  He has learned a lot from his past experience, particularly the tactical pasting he copped at the hands of Russel Hantz.  He showed great strategic savvy in interpreting what the opposing tribe were attempting to do after the merge and immediately pegged the hapless Cochrane as attempting to be a double agent.  Another interesting wrinkle to Coach’s character is that he seems to no longer practise vague Eastern religious prayer rituals that made him famous in Survivor: China and has instead turned into a fire and brimstone Christian soldier who invokes group prayers to help him win challenges.  Seeing his tribe get on bended knee and hold a prayer circle immediately after winning a challenge is probably the most dominating prescense of religion I’ve seen in twenty three seasons of the show.  The interesting thing is that despite the host Jeff Probst himself being a devout Christian, I don’t believe the show paints Coach’s newfound beliefs in favourable light.  Although he continually preaches that he plays a morally upright game, we see that he is almost continously misleading his team and he is not above lying in his prayers to God to find an immunity idol (it was already in his pocket, he just needed to trick his team).

What made Double Agent such a strong episode though was the focus on Cochrane, a goony bespectacled nerd who was always at the bottom of the totem pole in his team’s alliance and possible the target of bullying from the more athletic Keith and Ozzy.  In Double Agent, he was sent by his tribe to infiltrate Coach’s tribe and find out who they would vote for.  In the end, he chose to betray his own team after a revote which will have interesting ramifications for the rest of the show.  His brief moment of independence as he betrayed his own tribe was immediately quashed by his simpering apology to Ozzy and Jim who both furiously rejected his attempt to make ammends.  At that moment, Brendan, a character who has been intensely unlikable all season, stood up for Cochrane and took him under his wing.  It was a moment that will certainly be one of the highlights of this season.  I look forward to the Brendan & Cochrane odd couple relationship that follows and I like Brendan a little more now.  Although he’s still crazy.

The editing of the show isn’t giving anyone on the show a ‘Hero’s Edit’ so at this stage, its anyone’s guess who’ll walk away with the million dollars. 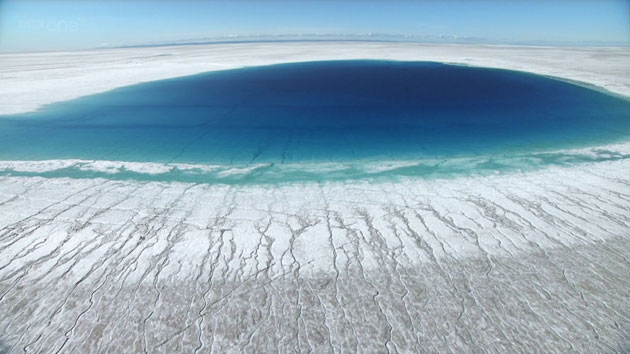 Frozen Planet is the latest documentary series from the BBC Nature team and the first episode is probably the best they’ve done since the incredible Planet Earth pilot.  Life and Human Planet were both excellent in their own right but I always felt that Planet Earth was a cut above.  Happily, what I’ve seen from Frozen Planet suggests that this might be the series that gives it a run for its money with the sheer volume of incredible never before seen footage that they’ve captured.  The format of the show is familiar – you get a selection of short tales about various wildlife that are accompanied by some glorious sweeping landscape shots that make you want to hug your television and thank God that 50 inch LED televisions are affordable.  I look forward to the rest of the series and will definitely be picking up this bad boy on Blu Ray.  A fitting exit for the legendary David Attenborough who is expected to stand down and retire after Frozen Planet. 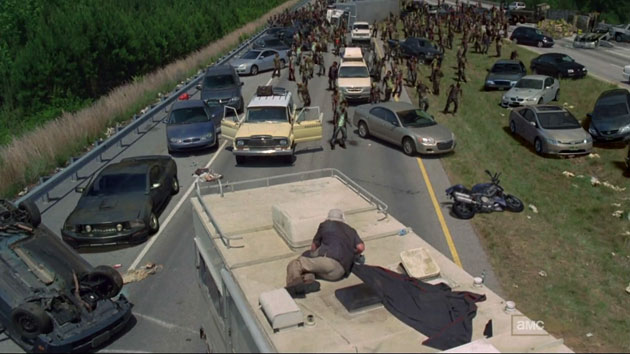 After the confirmation of a television adaptation of Robert Kirkman’s The Walking Dead comic series I think I spent the better part of twelve months eagerly awaiting its arrival and several posts on TFW waxing lyrical about how amazing it will be.  After a six episode first season and a couple of episodes of season two, I think I can officially say that I’ve been underwhelmed by what we’ve got so far.  Despite finding a solid cast, despite having the backing of an excellent producer, despite getting the show to air on a channel that won’t shy away from R-rated content, the overwhelming sensation I get with The Walking Dead is one of boredom and frustration at its lacadaisical pacing.

For a show that should be about the gruelling struggle for survival in a zombie infested world, each episode is written to be tidly self contained and that really hurts the feel of The Walking Dead.  There isn’t any real clearly defined goal for where the characters are going or what they are doing.  Instead, every episode feels like it has a distraction that kills time for 45 minutes and is neatly resolved by the end.  A girl goes missing, they get trapped in a bunker, they find a house in the woods.  All these events are ultimately rather meaningless and don’t feel like they serve any purpose in terms of pushing the overall direction of the show.  It feels like nothing has happened.  That they haven’t got anywhere.  And they haven’t.

I’m at a loss to explain how this has happened.  The comic books are pretty well paced for the most part and there is always some clear objective or direction that the characters have.  The writers and producers are badly squandering the potential for this show.  It’s not dreadful by any means and there is every chance it could improve.  But right now it is really not delivering on what I hoped for with this series.

Homeland – Season One – Semper I 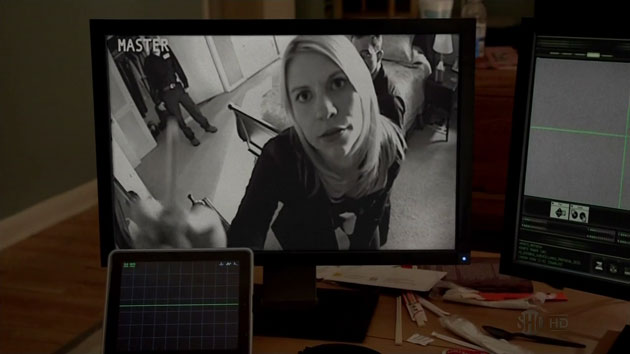 Homeland continues to surprise and deliver on its early promise as we reach the halfway mark of the first season.  From Nicholas Brody’s troubled family life and strained relationship with his wife to Carrie Mathison’s ongoing investigation of his possible terrorist ties, there are plenty of strong characters and story arcs happening.  As I mentioned in my first write up of this show, as long as it doesn’t delve into the silliness of 24‘s over the top depiction of terrorism, we should be right.  Clare Danes and Damian Lewis are both excellent. 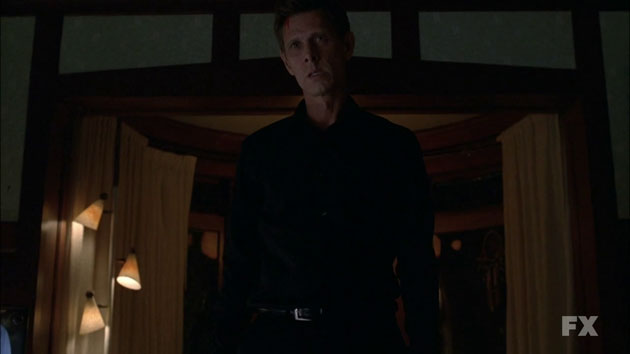 This kinda came outta nowhere.  American Horror Story is the latest show from Ryan Murphy, producer of Six Feet Under, Nip/Tuck and Glee.  It’s a creepy horror series about a family that move into a haunted house that is occupied by some otherworldly spirits and is also populated with strange neighbours, psychosexual housemaids and a troubled teenage boy who is infatuated with the family’s daughter.  I’m enjoying the weirdness of it all and am happy to see where the series goes.  It’s kinda neat to see Dylan McDermott find work.  I haven’t seen that guy since The Practise.

Previous: Youtube Friday: Before They Were Famous
Next: Batman: Arkham City