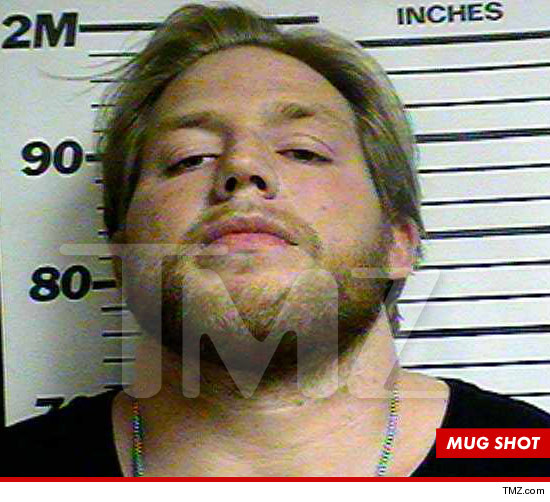 Imagine a billion dollar multinational company.  They have an unremarkable middle-management employee named Jack.  Jack was well liked by his colleagues and a steady hand at his job.  He showed some promise when he first came into the company and was quickly promoted but now he’s been stuck in a rut and has been in the same role for a few years.

After it became obvious that Jack had become disillusioned and was going through the motions, the company decides to punish him by demoting him to an entry level job.  Jack becomes even more depressed but he doesn’t quit.  Six months later, the company puts him on sabbatical for a few months so he can clear his head.  Jack takes time off and then returns in the New Year when the company suddenly announces out of the blue that he’s going to be the new vice president and the poster boy for the company.  A week later, Jack gets arrested for speeding and driving while under the influence of drugs.

What happens next?  The story I described is similar to what has unfolded in the WWE.

There’s always been a circus-like atmosphere in the world of professional wrestling that results in strange and bizarre events unfolding on their shows but a lot of the time, the politics that occur backstage can be even wilder.

The WWE is a huge company that exists as a monopoly in its industry and in the past six years, there have been real attempts made to make it more palatable and relevant to a wider audience that it once had.  The content is designed to be more family friendly nowadays and there is no more blood, swearing or scantily clad women on the shows.

For all the steps its taken however, there is no getting around the fact that the company is still largely beholden to the whims of its famously eccentric owner Vince McMahon – a controversial, conservative megalomaniac who craves mainstream acceptance and media attention.  To this day, McMahon has a heavy involvement in the story lines that his company uses and he is notorious for changing them on a whim.

Therefore it didn’t entirely come as a surprise when McMahon decided to strap a proverbial rocket onto Jack Swagger, an otherwise unremarkable mid-tier wrestler,who after a year of doing practically nothing, was shoved into the spotlight as the contender for the World Heavyweight Title in the main event of Wrestlemania, wrestling’s version of the Superbowl.

The reason?  For the past eight years, McMahon’s wife Linda has run two unsuccessful political campaigns running for senator.  The losses are reported to have cost Vince over $100 million dollars of his own personal fortune.  A spiteful Vince blamed the loss not on Democrats, but Tea Party Republicans who he felt undercut Linda’s support with conservatives.

His response?  To create a villainous Tea Party character for Jack Swagger, who now wrestles under the name The Real American (a famous Palin-ism) and is managed by his racist, xenophobic uncle Zeb Colter (who’s surname presumably is a reference to Fox News panelist Ann Coulter).  Despite not being on television for nearly half a year, Vince rushed Swagger back on to tv and had him secure a plum role in the company’s annual showpiece Wrestlemania against a baby-faced Mexican champion named Alberto Del Rio.

And two days after the show aired where Swagger was given his headlining Wrestlemania match, he was arrested for driving over the speed limit while stoned which was reported on TMZ.com.

This would hardly be a big deal in wrestling’s heyday during the Eighties and Nineties where drug and painkiller abuse was common place but WWE is a different world today.

The company now has a ‘wellness program’ that issues a three-strikes system for drug abusers.  The wellness program technically doesn’t cover marajuana but seeing the news splashed over TMZ draws very public scrutiny to WWE over drug use by its performers which Vince hates.  In the past, the company has been wildly inconsistent with its punishments for marajuana use.  Some wrestlers have had a gentle slap on the wrist, others have been fined and demoted within the organization.  Perhaps most relevant to Jack Swagger is the case of Rob Van Dam who was the company’s world champion at the time.  He lost his title on the next show and never recovered his headline role.

Wrestling, like movie productions, pay the performers at the top of the card with the highest wages.  Main eventing Wrestlemania is a million dollar pay day.  What message does it send to your staff when a performer not only gets handed the position out of the blue but retains it after getting arrested?

WWE had only just rekindled a relationship with former wrestler Bruno Sammartino who was the company’s champion for nearly a decade during the Seventies.  Sammartino cut ties the company partly because of the drug abuse that ran unchecked during the Eighties.  It has taken nearly 3 decades for WWE to convince Bruno to work with the company again and they did so largely on the promise of having a functional wellness policy that stamps out drug use.  If the company doesn’t remove Swagger from their Wrestlemania main event, how will Sammartino respond?

Dutch Mantel, the performer who plays Swagger’s manager, tragically lost his granddaughter mere months ago to a DUI driver.  How would he feel working with a guy who just got arrested for the same behaviour?

Vince was finally getting some of that mainstream attention he desires when former Fox News panelist and Tea Party advocate Glenn Beck complained about the Jack Swagger character on his morning radio show.  Beck felt that portraying Tea Party supporters as paranoid racists was an unfair portrayal.

What’s a crazy billionaire wrestling promoter to do?  You took a random wrestler and shunted him into your biggest program of the year and then he goes and gets arrested for DUI.  If you don’t punish him, you risk shattering the frail credibility and drug-free culture you’re trying to present with your company.  You send a poor message to your workers and you might lose a huge wrestling legend after spending 30 years trying to win him back.

On the other hand, you’re really pissed off that those Tea Party jerks ruined your wife’s political career…

Monday is scheduled right now as a three hour Glenn Beck bashing Raw unless cooler heads prevail. Stephanie has the writing team in the office now at 12:30 a.m. on a Friday night redoing the show.
– Wrestling Observer

As of now, it looks like Vince is going to throw the toys out the cot and spend an entire show bashing Glenn Beck.  What will be fascinating to see is what he does with Jack Swagger and his Wrestlemania main event.  Is he in or is he out?  We will find out this Monday.

Regardless of what happens, it is absolutely surreal seeing Vince McMahon, a lifelong conservative who made his wrestling empire off of Hulk Hogan fighting Evil Foreigners suddenly losing his shit with the establishment that he loved for so long.  What happens between now and Wrestlemania is anyone’s guess.