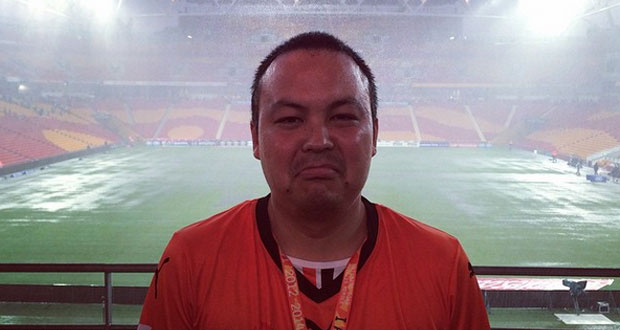 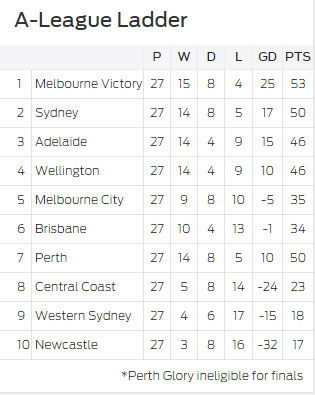 At the start of the season I wrote a blog detailing some predictions for the season ahead.  Let’s see how I did!

How I said the table would finish

Summary:  I am terrible at football predictions.

Melbourne Victory won one of the least interesting Grand Finals in competition history when they mercilessly defeated Sydney FC 3-0.  Sydney managed just two shots on goal all game and Melbourne dominated handily.  It was not a great game for the neutral to watch.  If anything, the Grand Final was indicative of a lacklustre finals series in general in which Adelaide United vs Brisbane Roar was the only competitive match that I can recall watching.  Every other game had one team dominating the other.

It was definitely a finals series to forget. 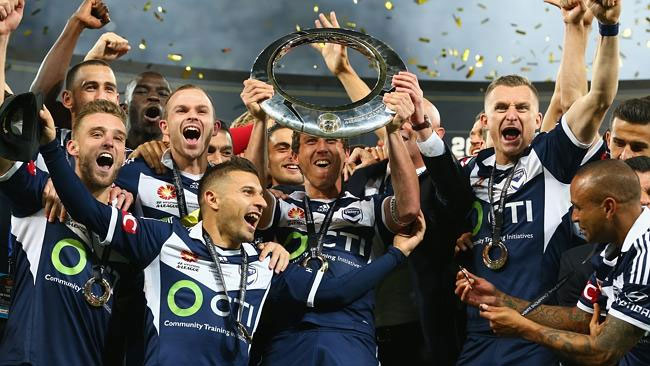 The A-League 2014/15 season was the tenth anniversary of the competition and although there will be jubilation for fans at Melbourne Victory this weekend, overall this was a troubled season for most clubs.  Not only was there a dark chapter written in the league’s history with Perth Glory, league leaders for most of the competition, being kicked out the finals for breaching the salary cap, several clubs including Brisbane Roar, Central Coast Mariners, Newcastle Jets and Wellington Phoenix had questions asked about their financial viability to stay in the competition.  That’s nearly half the teams in the league!

Season 10 of the A-League was definitely a year that presented growing pains for a competition still in its infancy.  After a promising few years that saw continuous growth in tv viewership figures, crowd attendances and on-field quality, Season 10 saw that development plateau or in some cases, go backwards.

With that said, here are a five points to ponder between now and the 2015/16 season. 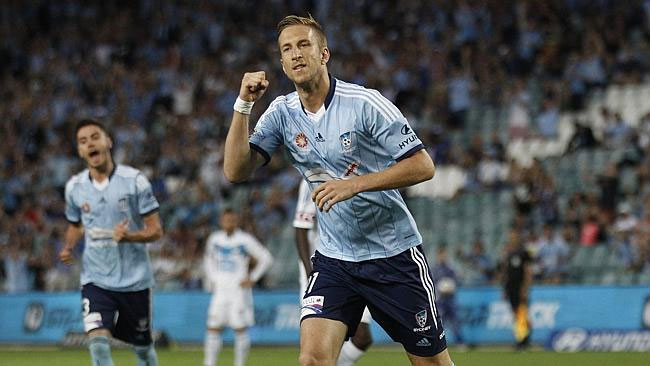 Consider this:  Only two players in the top ten goal scorers this season were Australian.  Overseas players scored more than half the goals in the entire season.  It seems crazy to think that the FFA are considering cutting down the number of visa players from five to four when they contribute so much to the quality on the field as well positive fan and media attention off it.  Foreign players like Besart Berisha, Mark Janko and Andy Keogh all lifted the profile of their respective clubs and judging by the Socceroo’s claiming their first ever international football trophy in January when they won the Asian Cup, it hasn’t come at the detriment of local talent.  If anything, it has helped their development.

Hopefully in the off-season we will hear the FFA recant on their decision to shrink the number of visa players. 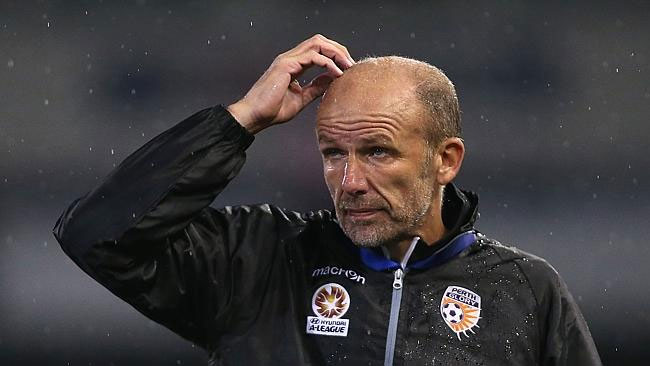 Perth Glory made headlines for all the wrong reasons this season when they were docked competition points and kicked out of the A-League finals for breaching the salary cap (they finished 2nd, then were moved to 7th).  An inquiry into the clubs affairs found that they had been cheating the salary cap for three seasons, including the year they made the Grand Finals and lost to Brisbane Roar.  What’s disconcerting is that the club’s management was described by Herald Sun reporter David Davutovic as ‘run like a fish and chip shop’ and yet it wasn’t an A-League audit that uncovered these misdemeanours, it was a tip-off from an ex-Perth Glory staff member (likely Alistair Edwards).

When the news broke of the salary cap breach, rumours flew around online that ‘at least two other clubs’ were guilty of the same.  Wellington Phoenix coach Ernie Merrick called for every club to be audited to ensure the integrity of the game.  The FFA chose not to investigate any other clubs.

If Perth Glory, run as poorly as they were, could cheat the cap for such a long time, you have to wonder how many other clubs could be doing the same thing if they had even a modicum of competency.

As for whether the cap itself should be raised, I think the answer should be a resounding ‘no’ – for now.  Ultimately, a higher salary cap could help retain players within their original A-League clubs (Besart Berisha staying at Brisbane for example) or stop them for going abroad to lowly leagues that pay well, but with half the clubs in the competition appearing to be in financial strife, you’d think that currently the only beneficiaries would be Sydney FC, Melbourne Victory and Melbourne City. 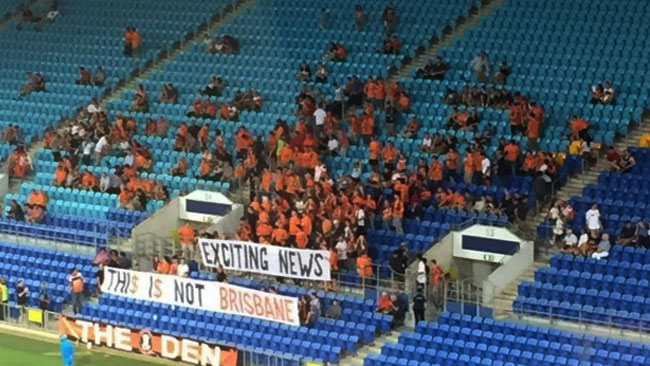 The A-League is only ten years old but there are already three clubs in its short history that have been disbanded or removed from the competition – New Zealand Knights, North Queensland Fury and Gold Coast United.  Worryingly this season, a number of clubs showed signs of financial hardship including Brisbane Roar and Newcastle Jets.  Both clubs operate in communities that have a healthy numbers of football supporters but have come undone due to a lack of suitable infrastructure and owners getting shaky feet with their investment.

There isn’t a one size fits all answer for how to get these clubs to be more financially viable.  Ideally, the Jets wouldn’t be owned by a mining tycoon who is losing money hand over fist.  The Roar have around 15,000 fans and shouldn’t be playing in a stadium equal in size to Arsenal or Manchester City’s home ground which is expensive and hurts the atmosphere at games.  Who knows what it takes for Wellington Phoenix to crack the local rugby-loving market and get more fans along to games (apparently this season’s attractive brand of attacking football wasn’t the answer).  And I feel sorry for Central Coast Mariners who seem to be lumped with an owner that doesn’t seem to want to run a football club in Central Coast.

The FFA definitely need to be cautious about how they approach any planned future growth for the competition.  There’s talk that we’re only a season or two away from a South Sydney side entering the competition and possibly another Queensland team.  While I welcome more depth to the competition (ten teams is too few), there’s a very real risk that hasty expansion could come at the expense of another club’s future.  And no one wants that. 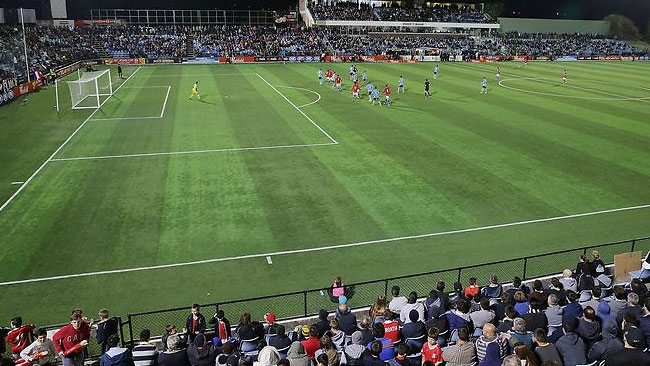 In September, I went to a local park to watch Olympic FC play Melbourne Knights in the inaugural FFA Cup.  Olympic FC are a Helenic club with a proud heritage and about 3,000 diehard fans.  The smell of souvlaki was in the air and the Greek beer was flowing freely that night.  It was one of the most fun experiences I had all season.  The FFA are definitely onto a good thing with the FFA Cup and the first season delivered plenty of drama with minnows Bentleigh Greens reaching the semi-final of the competition after beating Adelaide United 2-1.

The magic of knock out cup football is one of the pleasures of any domestic football league worth its salt and I’m glad to see it finally come to Australia.  The first year of the FFA Cup was a resounding success. 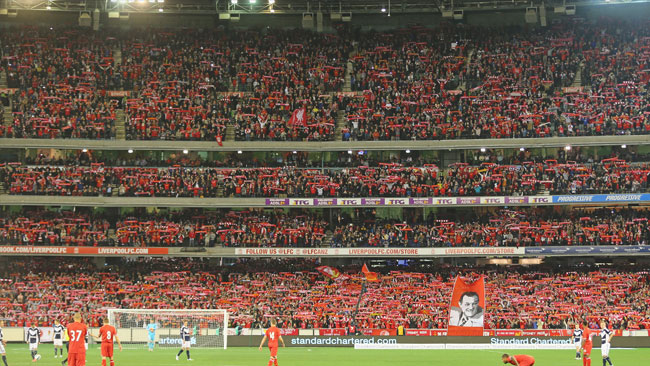 For reasons I’m not entirely clear on, Australia has suddenly become a very attractive destination for European football clubs to visit.  Perhaps some of these clubs realized the untapped market potential that exists over here when Liverpool played Melbourne Victory in front of a crowd of over 95,000 people at the MCG.  I believe it still holds the record for the largest crowd Liverpool FC has played in front of.

So during the pre-season this year, Wellington Phoenix enjoyed visits from West Ham United and Newcastle United.  In the post-season, we can look forward to Brisbane Roar vs Liverpool FC, Brisbane Roar vs Villareal as well as a tournament in Melbourne involving Real Madrid, Roma and Manchester City.  Oh, plus Tottenham and Chelsea are playing friendlies with Sydney FC.

These games are always guaranteed to draw monster crowds and are a great advertisement for the game.  Like the Asian Cup before it though, the FFA’s challenge is to work out how to get these casual football fans to come along to watch the domestic competition.