The Economics of Aging Rock Bands 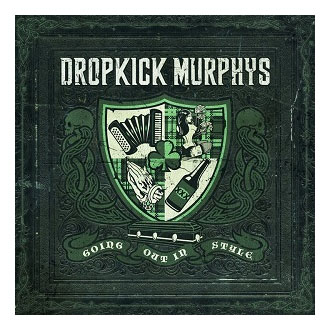 A few weeks ago, I saw two rock bands that I am very fond of: Def Leppard and The Dropkick Murphys.  Both bands have been playing for quite a number of years.  Def Leppard formed in Sheffield, England in 1977 and have been playing together for 34 years now.  The Dropkick Murphys originated in Quincy, Massachusetts in 1996 and have been together for 15 years.  After watching the two shows in the span of a week, I noticed something about their setlists and it got me thinking.

I saw the Dropkicks first.  Their gig was at the Tivoli, a smallish venue that holds a couple of thousand people and has an intimate environment that can really pack in the crowds but keep everyone reasonably close to the stage.  Jen and I were mostly there to hear ‘the old stuff’.  They did get around to playing a lot of their most well known songs but not before performing a good chunk of their new album Going Out In Style which Jen and I aren’t that familiar with.  Clearly though, there was a sense of pride from the band in the new material they released and judging by the response of the people around us, most of their fans keep up with their new albums.

Def Leppard played at the Brisbane Entertainment Centre.  It’s a large arena that is used by just about all the major music acts that visit Brisbane.  If you’re Britney Spears, Pink, Foo Fighters or anyone of that magnitude, you’re playing your shows at this venue.  At the show, I noticed that Jen and I were probably some of the youngest people there.  The typical age of the Def Leppard concert goer seemed to be in the mid-thirties to early forties.

The band came out to great fan fare and plenty of cheering from the crowd.  They opened the show with…actually, I can’t tell you the name of the song.  It’s the new single from their latest album and I’ve never heard it before.  Judging by the completely muted response from the audience, they didn’t know what the hell the song was either.  After they played the single, the band then proceeded to play all their hit songs from Pyromania to Adrenalize, a span of nine years (83-92).  The crowd loved every minute of it and went home happy.

After the show, I started wondering – why do Def Leppard release new albums? 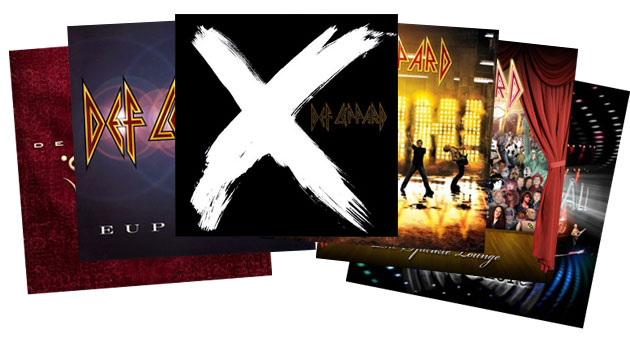 Looking online, I noticed two things.  Firstly, they have played nearly the exact same setlist since the Nineties.  If you look at the tracklisting for their greatest hits album Vault (released in ’93), that is pretty much what they play and the only exception is usually the single off their latest album.  Basically, its tacit acknowledgement that everything that they have produced since 1992 to present day, a span of nearly two decades, is complete rubbish that they have zero interest in playing beyond the initial release of the album.  So there’s a catalogue of about seventy songs off six albums (Slang, Euphoria, X, Yeah!, Songs From The Sparkle Lounge, Mirrorball) that pretty much gets glossed over.  Likewise, if you’re interested in hearing anything from their first two albums (On Through The Night, High ‘n’ Dry) then with the exception of Bringing On The Heartache, you’re out of luck.

The second thing I noticed – there is a small but vocal group of diehard Def Leppard fans that continually request a more versatile setlist on Twitter and on the band’s messageboard.  Most of the time, these people get ignored and then blocked.

Which brings me back to my question.  In this day and age, I can’t imagine releasing a new Def Leppard album is worth much money.  The Mirrorball wiki page tells me that the album sold a paltry 20,000 copies in the States.  Compare that with Hysteria (1987) which sold 20,000,000 copies.  Given that for six albums in a row, the band plays the new single before getting back to the old stuff at which point they never, ever play the new material ever again, why bother releasing new material at all?  If the band is now making 90%+ revenue from concert ticket sales and merchandise and its from people who are clamouring to hear a very narrow selection of music, what is the point of releasing new music at all?

I can’t believe its because of any kind of passion or strong feeling about producing new tracks.  I mean, if it was, surely they would make more of an attempt to play the songs live like the Dropkick Murphys did at their show?  Do the band really think that there are no songs worth playing off Slang or Euphoria whatsoever?  Do they just release new albums because thats just the time honoured tradition of what active bands do?

From what I can see, there is no creative drive for the band to release new music and there is no commercial benefit either in selling several thousand copies of an album at $20 a copy.  You could make that money back playing a single show in Brisbane, even after you’ve paid off the promoter and everyone else gets their cut.

It is a mystery.