Thats all i’ve done for the past…well forever it seems. At least we’re editing at Shannon’s house instead of one of the uni editing suites. It drives you less crazy, and you dont have to trek to the Green room for chocolate or freeze outside to have a smoke. Not that i smoke anymore. Yes, that’s right, i have gone 2 WEEKS without a cigarette. It had something to do with when i got disturbingly ill. When i got better i just didn’t want a smoke. And now, i crave it more than anything. But hey it’s been too long, so i may as well keep it up. Unfortunately, it’s my 21st next week so i may have to fall off the wagon and succumb to it…just to enjoy the day.

The weekend birthday plans are roughly as follows: Saturday, everyone dress up as Santas and do a pub crawl in central. Its a bit vague at the moment, but it sounds fun. Then on Saturday night, theres some wine bar slash club in north london that is good apparently. Luan’s friends are DJing that night too. And then the general idea is to get razzled beyond belief.

Last night, after editing at Shannon’s, i get a text from Rob saying he was going to take me out for the evening. Unfortunately, i was already on the way to the cinema to meet up with my friends so the ‘date’ went out the window. I have slapped my head and said ‘doh’ many times since. As for the weekend, on Friday night, i hung out at Rob’s and watched a couple of movies. We watched The Crow, because i wanted to, and some crazy chinese movie set in Korea. It’s called Shiri i think. Anyway, it was pretty good. On Saturday, i hung out with Stephane and Viren who is now back from his cricket travels in India and we drank coffee and hot chocolate because well…the weather called for it. I also bought me my bloody suede boots at last, on the way home my flatmate Barry saw us outside the pub window and roped us in for a few drinks. On Sunday…i think i did nothing. I cant really remember so it must have been dull.

I got my bed this morning. Its heavier than i thought it would be, i haven’t even built it yet. It’s just sitting there in the hallway, taunting me that i’ll probably spend about 6 hours building it. Shit.

I’ve written out my Christmas list, and this sunday we’re following our yearly tradition and spending the day wreaking havoc in Santa’s Grotto in Harrod’s and Hamlin’s (the toy store). And buying Christmas presents (not in Harrod’s obviously) So…all in all, i’ve been in a fairly good mood. I think it might do with the feeling that Christmas is getting nearer. Woo!

Previous: Gay Paree
Next: Everybody sing along with the anthems of our generation 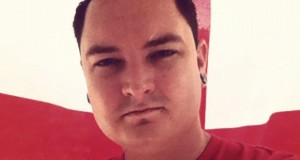