There are some things that come around every few years which stimulate an unexpected response within you. For me it seems to be the World Cup sticker album from crafty Italian sticker moguls Panini. 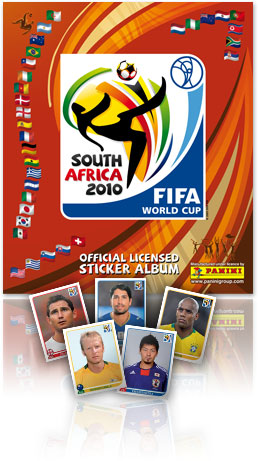 With my Masters degree entering the business end, and my finances allowing me a bite to eat every now and then there were several reasons for me NOT to feed my obsession this time around.

But with the World Cup under 40-days away the excitement is building. And with football’s show piece event comes some weird rituals.

Most people have a lucky top. Some people cross themselves. I remember my brother said that four years ago in Italy, he had to watch the matches with the same people sitting in the exact same seats – no pleading or bribery could get you into that room… To not adhere to these traditions could alter the team’s karma. It could be your fault.

For me, it is panini stickers.

As a company Panini have it good. They play on the emotions of people of my generation that recall fondly of days gone by – when finding a few coins in the couch would be immediately followed by a brisk run to the shops in hopes of getting that elusive shinny. The souks in Marrakesh, have nothing on the haggling that would take place before the first bell at school.

My only gripe with Panini is the price hike. I’m pretty sure that 35p used to get you six stickers in a pack. This edition we are looking at 50p for five. 10p per sticker? SERIOUSLY?! … To fill the book (with no swaps) you’re looking at £67.30… Things sure have changed in the last four years.

But like all good addictions, the combination of childhood emotions and Italy winning last time out (when I completed the book), I cracked.

Quickly began the scouring Facebook for ‘friends’ to swap with. I even got my housemates free sticker books to stimulate a marketplace atmosphere over breakfast.

One thing that struck me recently (while ‘hustling’), all of the people that are collecting seem to be in their twenties.

The blank stare my girlfriend got after asking her 8-year old cousin if he was collecting stickers, was testament to that. It turns out it isn’t really ‘the thing to do’ at school any more.

This was a double disappointment. Not only could I not use my advanced brain to ‘out negotiate’ school children, but it was another indicator that I am rapidly loosing touch with the youth of today.

Before this generation of ‘screenagers’, wasn’t it normal for children to collect stickers? But the stickers have been replaced with DS games, ‘swaps’ are done with the nearest  HMV or Game, and the treasured ‘shinnys’ are now less coveted than Xbox achievements.

On the bright side – more stickers for me!