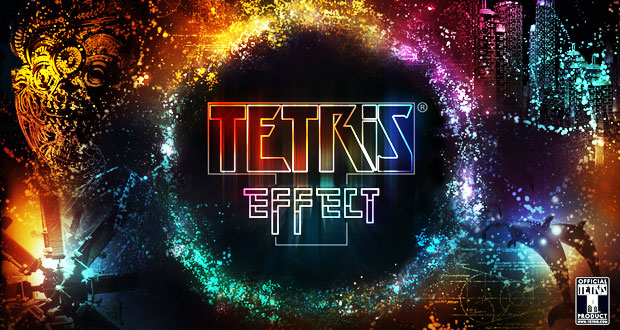 Tetris is a timeless classic.

Alexey Pajitnov’s seminal 1984 puzzle game has been released on countless devices in its 32 year existence and there isn’t really a particular platform that is considered to offer the ‘definitive’ experience.  I think most people’s earliest memories of it would be playing the classic 1989 Gameboy edition but nowadays, you can get a pretty decent Tetris experience on most smart phone devices and all the major game platforms.  For my money, I think the best modern version of Tetris is SEGA’s Puyo Puyo Tetris on Nintendo Switch.  It offers classic Tetris without any gimmicks, its portable, and its easy to hook up to four players.

So far, attempts to iterate and deviate from the original concept has been a fool’s errand.  Countless developers have tried it.  In fact a quick Wikipedia search shows that there’s a new attempt nearly every year.

Mizuguchi-san is a genuine video game auteur with an impressive resume starting from his early days at SEGA producing Sega Rally titles to his recent work producing interactive music titles Rez and Lumines.

With Tetris Effect, Mizuguchi has brought the Lumines formula to Tetris.  In Journey mode, players run through a ‘playlist’ of stages, each bursting with colour and sound.  Dropping tetriminos produce a musical note so its possible for the player to provide a beat to the soundtrack as they play.  This interplay of music and gameplay will be instantly familiar to anyone who has played Rez or Lumines.  Each time the player clears thirty lines, the playlist moves onto a new stage.  The soundtrack changes, the visuals shift and the journey continues.

Conceptually, it sounds pretty simple.  What makes Tetris Effect such a sensational experience is the ability to play the game in virtual reality and immerse yourself in Mizuguchi’s light and colour show.  The man has an incredible talent for composing music tracks that are emotionally engaging and meld with the visuals in a way that is genuinely affecting.  Reading player feedback on social media, its not uncommon to find people who have been moved to tears by the Tetris Effect experience.  It is perhaps one of the few examples I can think of of video game induced synesthesia. 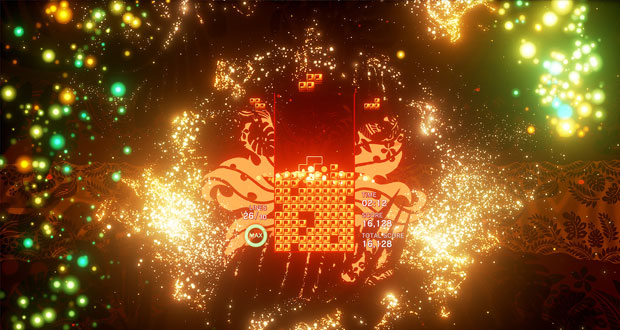 Looking back on it, Tetris is the perfect gameplay foundation for a Mizuguchi game.  Anyone who has ever lost an hour or two to a single sitting of Tetris understands that its a game where you can slip into a zen-like mood, where even on the hardest difficultly levels, you begin to stack the pieces almost on instinct.  This ‘in the zone’ moment is the perfect way to experience Tetris Effect’s Journey Mode.

Happily, not only is the core experience a fantastic one, there is plenty to keep the player coming back.  Producer Mark MacDonald talked about wanting to create a positive community around this game (which is why there isn’t a competitive mode) and to that end, Enhance Inc have been running social events on Weekends where players can work together online to complete objectives together and be rewarded with new stages and avatars.  I’ve joined in over the last fortnight, loved the experience, and can easily see myself continuing to check in for my weekend Tetris Effect fix.

With custom playlists, additional new modes including Marathon and Mystery Mode plus those weekend events, there is more than enough content to keep players coming back.  Enhance Inc have really outdone themselves with this package.  Its Tetris, but not like you’ve ever experienced it before.