I generally tend to steer clear of model-sized Lego sets.  No particular reason.  I guess I just like everything to scale to the mini-figs and most of the model sets are planes and sports cars which don’t particularly interest me.  Having said that, I always liked the look of the Lego VW Combi because a) it looks goddamn amazing and b) it has a reputation for being an awesome build.

Sarah picked up this model in a sale online and we finally got a chance to build it over the weekend.  Clocking in at a fraction over 1300 pieces, it took about four hours.

I really enjoyed putting this one together.  After the last few sets had so many similar colours, one of the first things I liked about the Combi is that all the pieces are pretty bright and distinct.  And true to its reputation, its a pretty clever design.  A lot of the time, the part of the van that you’re putting together isn’t immediately apparent until you attach it to the main body.  Its also absolutely crammed with detail.  You wouldn’t think you could have so many distinct components to a single vehicle but this thing has pedals, a gearstick, an engine in the boot, loads of decals, a mirror, curtains, a sink, tiled flooring, shelving units and a collapsable couch that turns into a bed.  It’s pretty ridiculous how much they crammed into this thing.  And the finished product looks fantastic, capturing the unique retro charm of the T1 Camper Van. 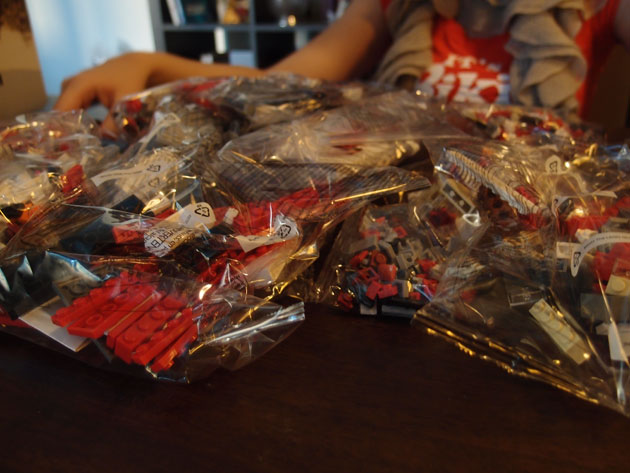 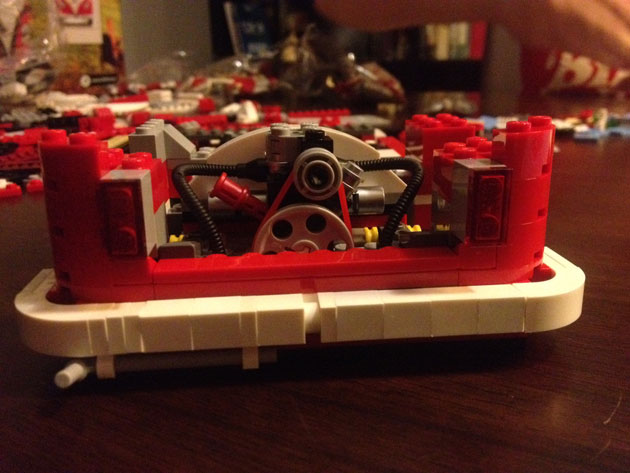 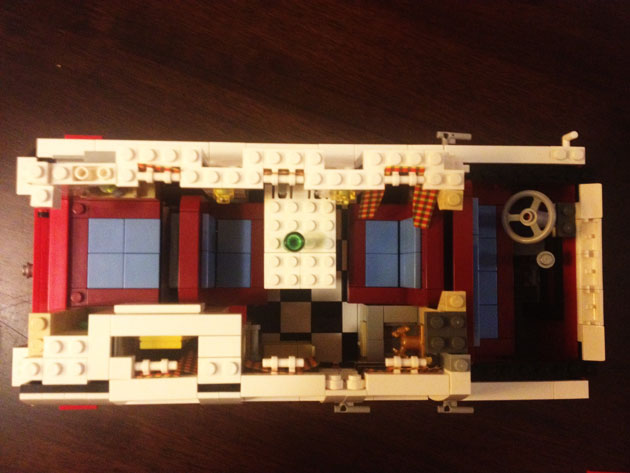 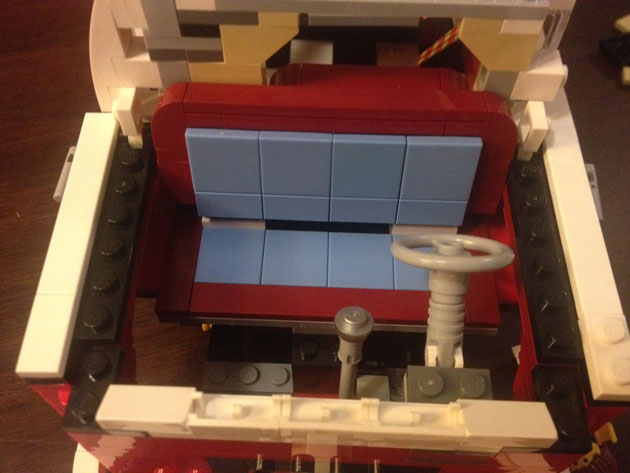 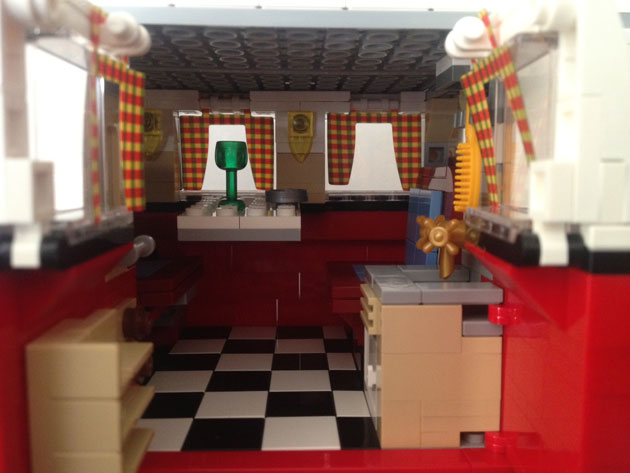 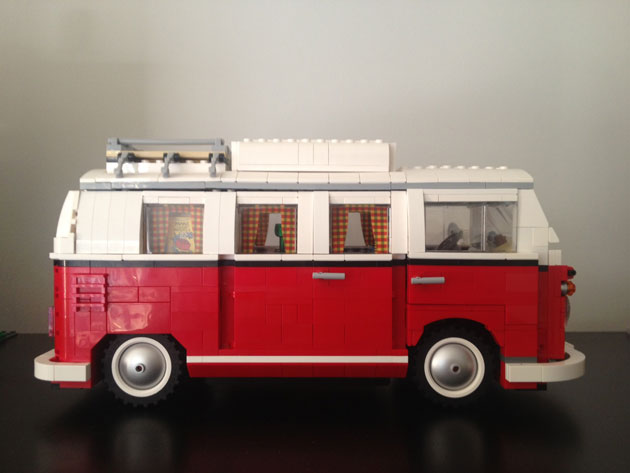 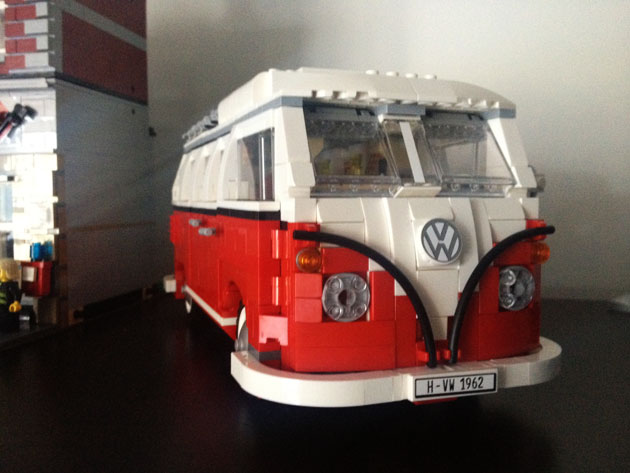